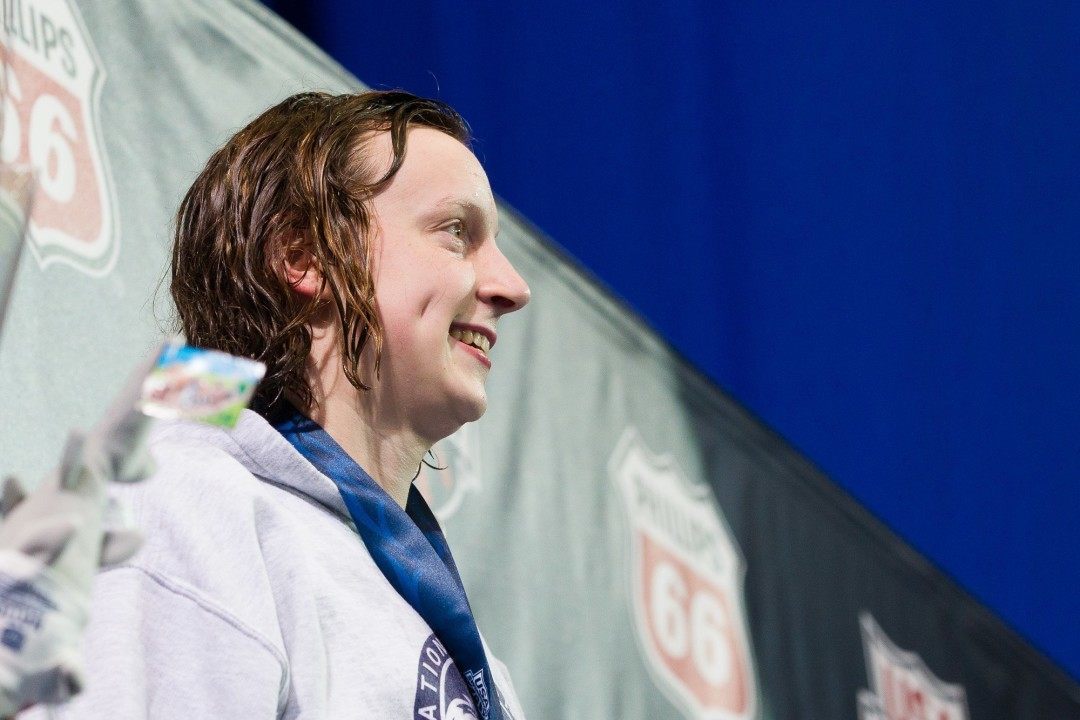 Katie Ledecky earns yet another accomplishment, this time as being part of TIME Magazine's list of the world's top 100 most influential people. Archive photo via Tim Binning/TheSwimPictures.com

TIME Magazine has released its 13th annual list of the ‘100 Most Influential People’ and a highly recognizable member of USA Swimming has made this year’s exclusive group.

Multiple world record holder and Olympic gold medalist, Katie Ledecky, is among the noteworthy individuals selected by the magazine, which includes worldwide personalities from the sporting community to pop culture to politics to philanthropy.

According to TIME Editor Nancy Gibbs, “The TIME 100 is a list of the world’s most influential men and women, not its most powerful, though those are not mutually exclusive terms. While power is certain, influence is subtle. As much as this exercise chronicles the achievements of the past year, we also focus on figures whose influence is likely to grow, so we can look around the corner to see what is coming.”

On the list of household names such as Stephen Curry, Mark Zuckerberg and Adele, Ledecky checks in as the youngest member at just 19 years of age.

Olympic legend Janet Evans was the author of Ledecky’s individual announcement and writes within the magazine,  “Supported by an amazing family, Katie is a role model for how she defines achievable targets, focuses on her particular task at hand and attacks the process every day to surpass her goals. Then she doesn’t rest on what she’s accomplished but resets what she can achieve and tackles those goals as well.”

The entire list with tributes will appear in the May 2nd issue of TIME available on Friday, April 22nd.

Another nice honor for KL. Two thoughts: 1) It’s unfortunate that with NCAA rules being what they are, Katie can’t — at this point — monetize her swimming success or her growing fame with commercial endorsements. There aren’t many windows of cash-in opportunity available for swimmers outside the time leading up to and including the Olympic games. NCAA “amateur” rules make (some) sense for outstanding NCAA football and basketball players who have the opportunity to play in the NFL and NBA. However, there’s no guarantee in swimming that someone great now will still be great four years from now. [Compare the Missy Franklin 2012-13 version to the 2016 version.] 2) I say this partly in jest because it seems to… Read more »

Ms Ledecky is inspiring and certainly sets the bar higher. First Omaha, then a really great show in Rio. Years of dedication and hard work have led to her beautiful performances in the pool. Well done.