Schoeman Falls Short Of 5th Olympic Games, Yet Marches On 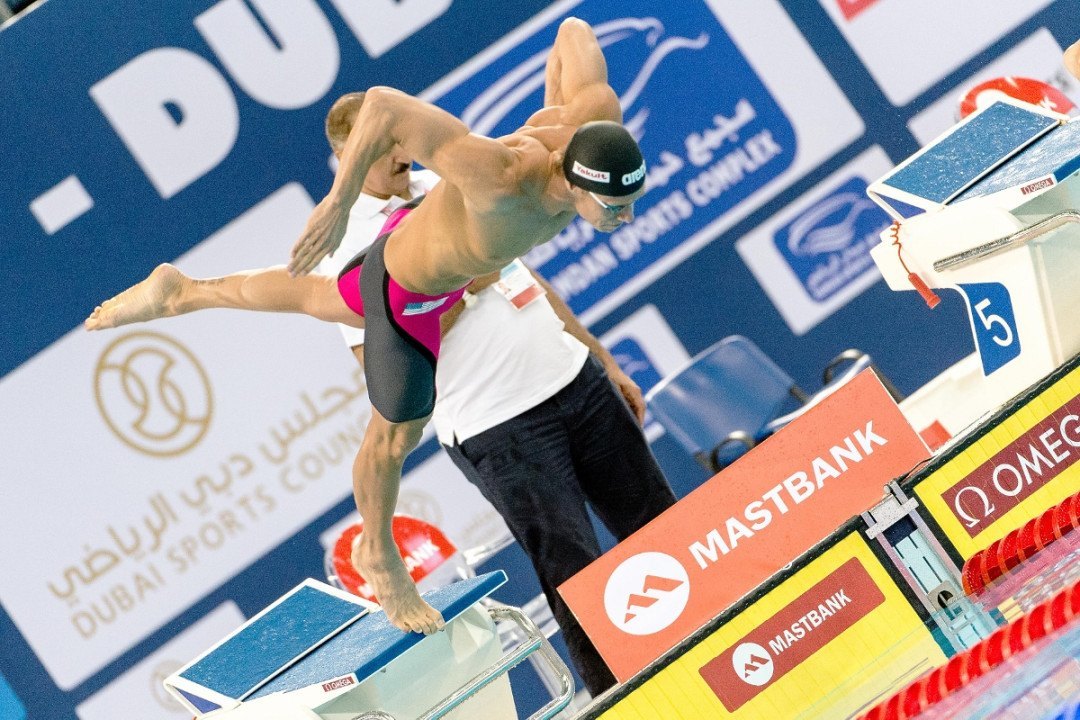 As past Olympic medalists Kosuke Kitajima from Japan, James Magnussen from Australia and Cesar Cielo from Brazil have been unsuccessful at qualifying in individual events for this year’s Games in Rio, such was the case with South Africa’s Roland Schoeman.

Schoeman, who earned silver in the 100m free and bronze in the 50m free at the 2004 Olympic Games in Athens, competed at his nation’s Olympic Trials last week in an attempt to qualify for his 5th Olympic Games. At 35 years of age, Schoeman was up against the likes of Brad Tandy and Douglas Erasmus, who are about a decade younger at 24 and 26, respectively.

The younger men proved to be too much for the former World Champion and Commonwealth Games gold medalist, as Schoeman wound up with the bronze in the men’s 50m freestyle behind Tandy and Erasmus. After scratching the 100m freestyle event to focus solely on the splash n’ dash, Schoeman clocked a time of 22.75 to Tandy’s 22.13 and Erasmus’ 22.55.

“Sometimes you win, sometimes you don’t and today just wasn’t one of those days. I thought I could turn it around and bring it back and 22.2 is really not a fast time,” he continued.

“My hat goes off to Brad for doing the qualifying time tonight. He is an immensely talented guy. I wish I was going to be there racing with and against him, but it is what it is.”

Tandy returned the respect, saying, “As great as that is [beating Schoeman] to do, it is hard because I want him there with me in Rio, but it’s something that I never thought I’d have the opportunity to do.”

As a testament to Schoeman’s innate racing ability, Tandy continued, “I mean, he’s been swimming for so many years and I thought by the time I would get even close to his level, he would have retired, but he still has the speed and the power.”

Schoeman has spent his recent Rio preparation journey in Alabama, training with former South African swimmer Jonty Skinner. Of his experience with the training, Schoeman said, “New people to train with‚ new people to race … when you’re training on your own you have greater measure of control‚ when you feel tired you stop.”

“But when you’re racing other guys in work-out ‚day in and day out‚ you’re pushing yourself beyond your measure‚ and that’s a good thing‚ but we’re definitely fatigued‚ definitely hurting.”

Schoeman fans will be pleased to hear that the sprinter has no plans to quit, even in light of not earning his 5th Olympic bid. “I’ll swim till the end of the year irrespective. I want to travel‚ do the World Cups … I don’t want to call it quits after Olympic trials.”

Is that an American flag on his suit?

One of the icons of sprint freestyle . A great Guy , much respect