Katie Ledecky Breaks Own 400 Free American Record with 3:52.88 in Toronto 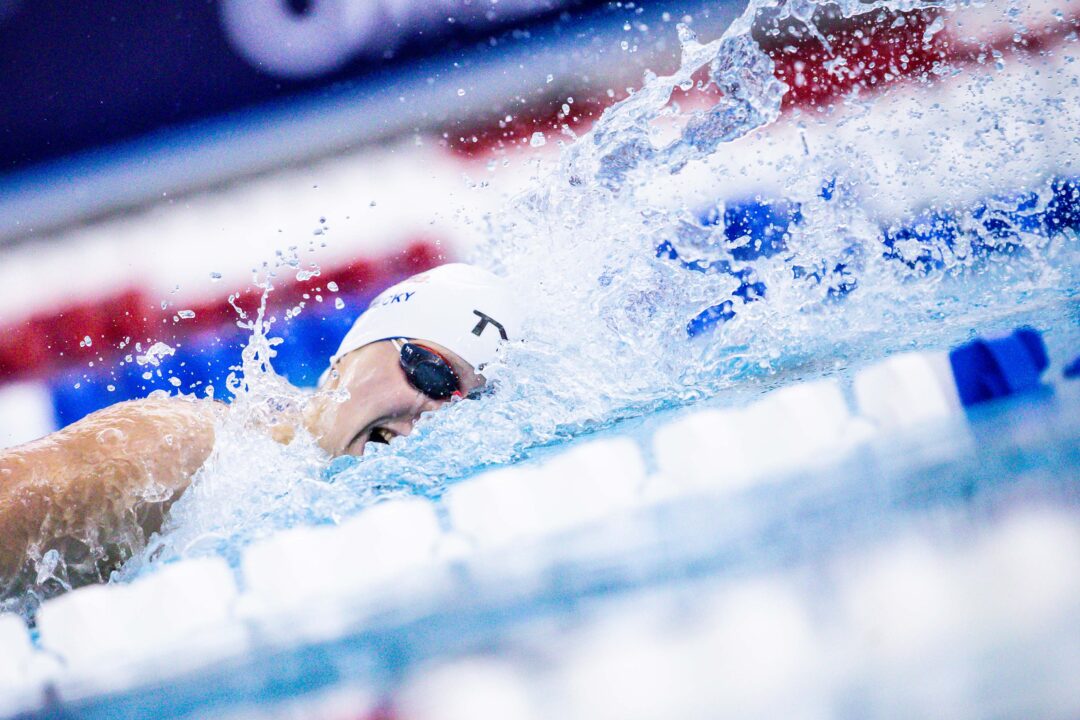 She may not quite have come up with the world record, but Katie Ledecky easily cleared her own American Record in the 400 (SCM) Free tonight in Toronto.

Well, it wasn’t a world record, and it wasn’t even a win, but Katie Ledecky etched her name into the history books with her finals finals swim at the Toronto stop of the 2022 World Cup circuit.

Tonight, Ledecky led going to the final turn after a back and forth battle, but Canadian teenager Summer McIntosh chased down Ledecky on the last length, winning in 3:52.80 to 3:52.88. Neither swim managed to clip the newly-minted world record, but McIntosh set a new World Junior record with that swim, and Ledecky shattered her own American Record in the event, and they now sit at the 2nd and 3rd fastest performers ever in the event.

Ledecky’s previous best time was a 3:54.06, which she swam in the fall of 2019 while representing the DC Triden in the International Swim League. That swim set the American Record that Ledecky broke tonight, and was only 0.14s off of the world record at that point.

Per USA Swimming’s database, here’s the fastest Americans all-time in the event:

Just two days ago, both McIntosh and Ledecky would’ve been under the world record, which stood at 3:53.92 until Li Bingjie crushed a new World Record time of 3:51.30 at the Chinese Swimming Championships.

Tonight’s swim appears to be Ledecky’s first American Record in three years, and it continues a run of success she’s had since switching her training base to the University of Florida last fall. Ledecky should have several freestyle events left on her schedule for this week, giving her more chances at eclipsing more records.

This personal best is a little too late….