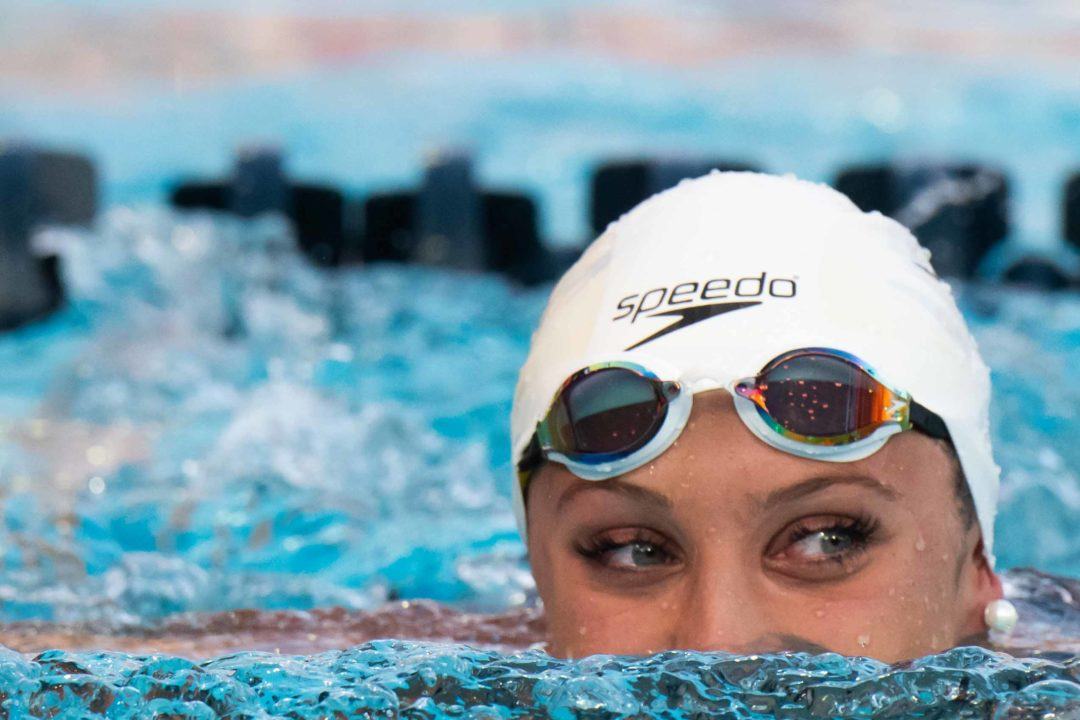 Kathleen Baker entered the meet as the top seed in both the 200 back and 200 IM, but will swim neither. Archive photo via Mike Lewis/Ola Vista Photography

Kathleen Baker has scratched out of the 200 IM, where she’s the US Open Record holder, in the first event of Saturday’s prelims sessions at the Pro Swim Series – Knoxville Combined with a scratch from the 200 backstroke, Baker’s first meet of 2019 has concluded in Knoxville.

Combined with Canadian Kayla Sanchez and American 14-year old Claire Tuggle, both of whom scratched pre-race; and Meghan Small, who was a declared false start, 4 of the top 10 seeds in the 200 IM didn’t race.

The majority of swimmers at this meet are off. Not just Baker.

The year before the Olympics most are off. Not in shape as much or just heavy training or overtraining. People are at different stages. Dahlia and Manuel a little off also

Was Kathleen not feeling well?? She kinda had an off meet for her.