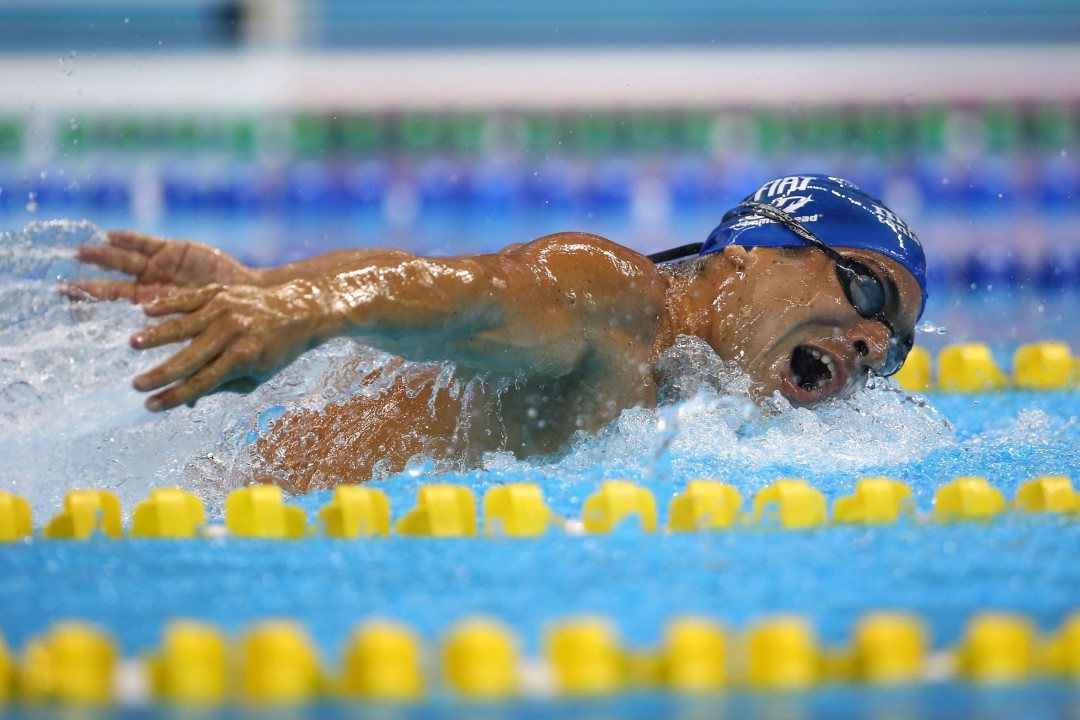 Brazil’s Kaio Almeida doesn’t own the same Olympic hardware as his countrymates Thiago Pereira and Gustavo Borges. In fact, the short course specialist Almeida doesn’t have a medal from either the Olympics or the long course World Championships.

What he does share in common with them, however, is that after the 200 fly final on Sunday evening in Rio, he has qualified for a 4th Olympic Games – matching his aforementioned compatriots as Brazilian swimmers to have done so. They trail only Rogerio Romero, who competed in 5 Olympic Games from 1988-2004.

Swimming out of the center lane in the men’s 200 fly final at the 2016 Maria Lenk Trophy, Almeida placed 2nd in the 200 fly in 1:56.21, which was under the 1:56.97 FINA “A” standard, and despite placing 2nd to Leonardo de Deus, Almeida’s time was enough to place him on the Olympic squad that will be back in this same pool in August chasing Olympic hardware.

For the 31-year old Almeida, who was formerly a World Record holder in the 50 and 200 fly in short course, this is a spot in history that is a worthy mention for a swimmer who’s been so good in the 25 meter pool but has been unable to break through over the longer course.

Pereira, whose 4th Olympics will also be in August in front of a home crowd, is the defending Olympic silver medalist in the 400 IM. Borges, the second-most-decorated Brazilian Olympian in any sport, owns 2 silver and 2 bronze medals while competing from the 1992 through the 2004 Olympics.