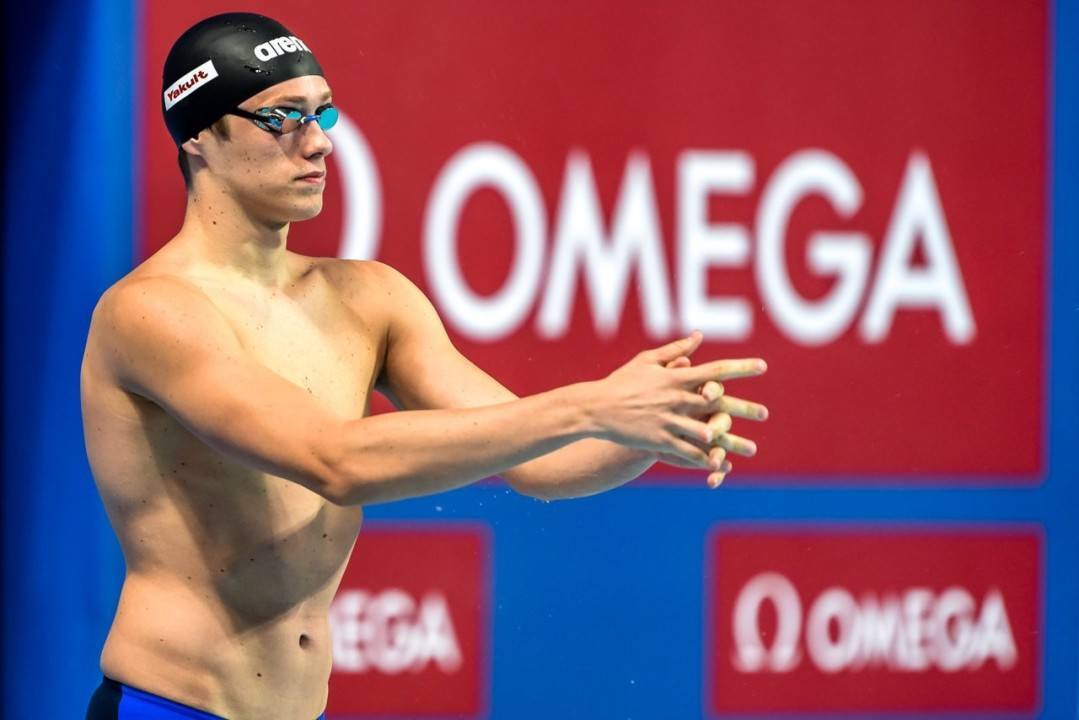 Kirill Prigoda was one of three new Olympic qualifiers on day two of the Russian Olympic Trials. Archive photo via Peter Sukenik/www.petersukenik.com

After there was just one Olympic qualifier on day one at the Russian Olympic Trials (Aleksandr Krasnykh-400 free) the number tripled on day two, as three more swimmers booked their tickets to Rio.

At the beginning of the session Svetlana Chimrova threw down a time of 57.79 in the 100 fly, breaking her own national record and getting under the Russian selection standard by over half a second to become the first Russian female Olympian for 2016.

After a pair of semi-final events came the men’s 100 breast, where we saw an incredibly close finish. With the Russian qualifying standard sitting at 59.99 and the national record at 59.60, it looked as though there would be maybe one qualifier, if any. But the Russian men had another story in mind, as three men broke a minute. Vsevolod Zanko touched 1st in 59.72, qualifying him for the team. National record holder Kirill Prigoda touched 2nd in 59.94, as did Anton Chupkov, which set up an interesting situation. Both men were under the qualifying standard, so now what? Many countries would have a swim-off in this case, but the Russian criteria refers back to the semi-final round, and selects whoever was faster there. Prigoda was the top qualifier coming out of the semi-finals in 1:00.17, giving him the Olympic spot.

Day three promises to be a good one for the Russians, as two men and one woman were faster than the qualification standard in their respective 100 back semi-finals, and the men’s 200 freestyle promises to be a tight race that will also select the Olympic relay.