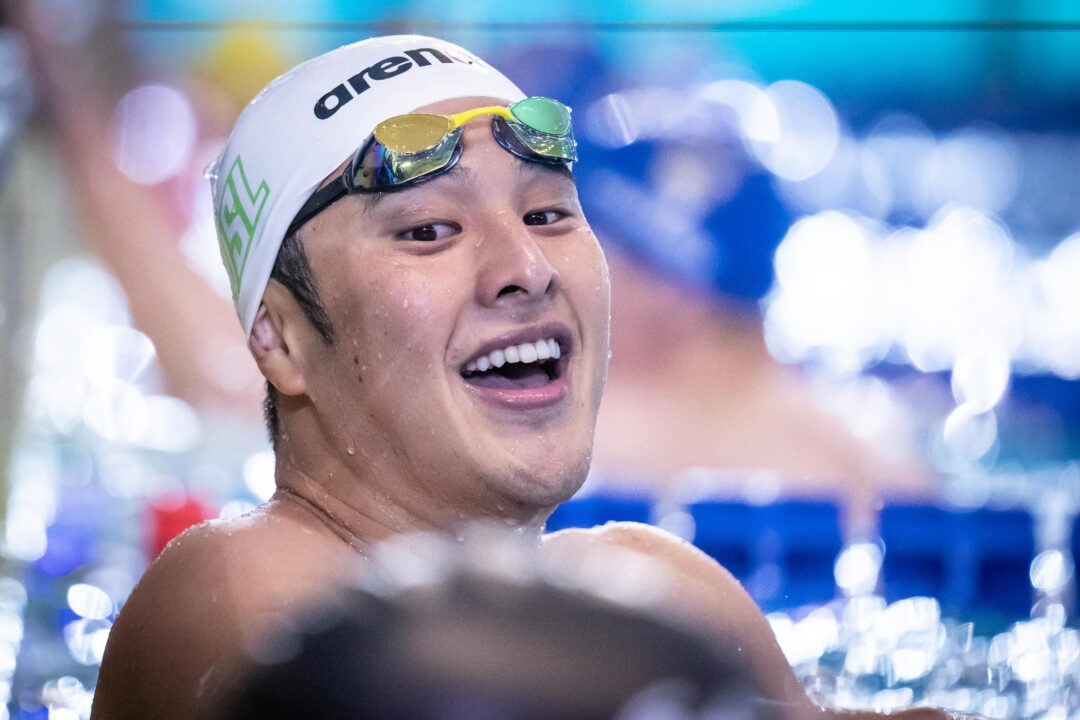 Japan's megastar Daiya Seto has changed up his coaching staff once again with the Paris 2024 Olympic Games on the horizon. Archive photo via Mike Lewis/Ola Vista Photography

Multi-world champion and Olympic medalist Daiya Seto is undergoing his second coaching change in fewer than two years as he selects his new mentor heading into Budapest 2022.

In April of 2020, just months before the Olympic Games, Seto said goodbye to long-time coach Takayuki Umehara, the man who had guided him to Olympic bronze, two short course world records, and double IM gold at the 2019 World Championships. Seto had been under Umehara’s tutelage since the athlete was in 5th grade.

At the time, Seto selected somewhat of a curveball new coach in 25-year-old Ryuichiro Ura, a former teammate who also trained under Umehara.

Under Ura’s tutelage, however, Seto performed beneath expectations at the Tokyo Olympics, falling short of the podium in the 200m IM, 400m IM and 200m fly events despite being in the conversation for medals heading into the Games.

Post-Olympics, Seto did a tour of sorts around American training hotbeds, making stops at the University of Georgia and the University of Michigan before pairing up with coach Coley Stickels in Flagstaff, Arizona.

Now along his journey to Paris 2024, the 27-year-old father of two has also enlisted a new mentor in the form of coach Takeshi Kato. Kato will reportedly work with Ura to help Seto reach the top of the next Olympic podium just over 2 years from now.

Kato is the director of Tokai University and was the coach of 2016 Olympic Games gold medalist in the women’s 200m breaststroke, Rie Kaneto. Seto has been training with Kato since early March.

Hopefully he can get back into form again, I remember that there was an article talking about the splits he would need to break Michael Phelps 400 IM record. With how old he is now I would say it is now or never.

We just have to wait and see until summer to see if this change was a good idea. Though i think it is not that bad of a time to change coaches since there is quite some time until the paris games