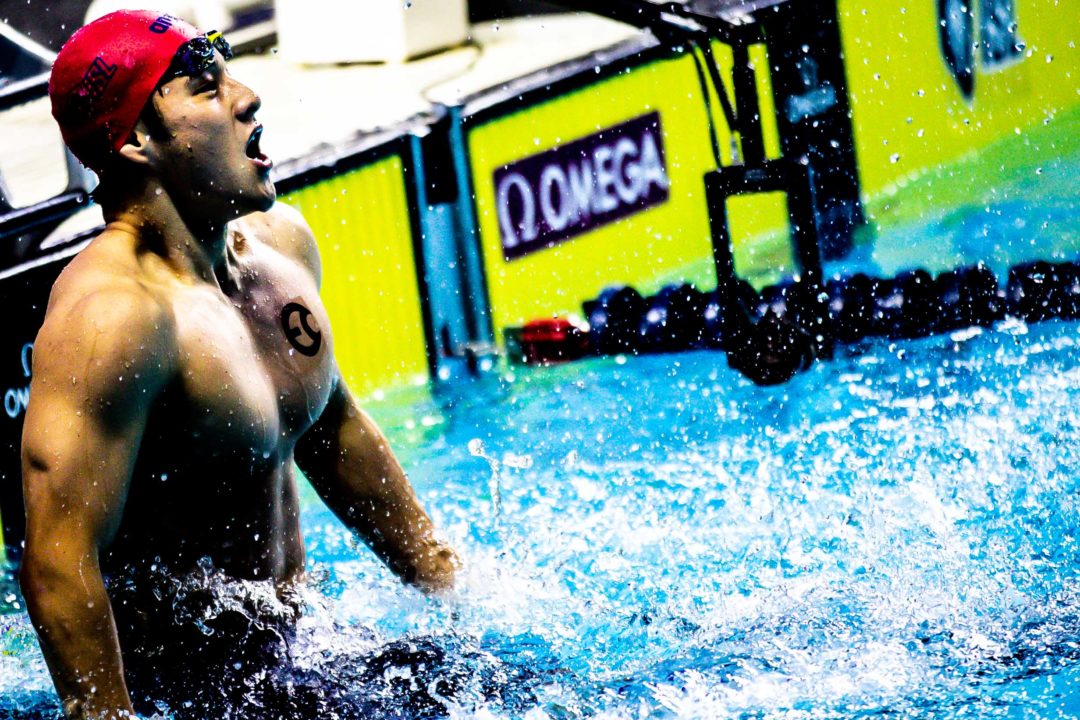 Multi-world champion Daiya Seto of Japan decided to change-up his coach just over a year from the postponed Olympic Games. His new coach is a wildcard. Archive photo via Jack Spitser/Spitser Photography

As Match 5 of ISL 2020 gets underway, London’s Dean, Guy, and Hibbott will make their season debut, bringing a much-needed strength to the team’s 400 free.

Amidst the coronavirus pandemic, Japanese swimming superstar Daiya Seto made a significant decision to change-up his coach just over a year out from the postponed Olympic Games in his home nation.

As we reported last month, Seto confirmed directly to SwimSwam at the time that he had parted with Takayuki Umehara, the man who has guided him to Olympic bronze, two short course world records, and double IM gold at last year’s World Championships. Seto had been under Umehara’s tutelage since the ANA swimmer was in 5th grade.

Speculation ensued that Seto may train by himself leading up to the Games, but Asian media is now reporting that Seto has selected somewhat of a curveball in 25-year-old Ryuichiro Ura, a former teammate who also trained under Umehara.

Ura was an elite swimmer as well, having retired last year to pursue a career in finance. The man will reportedly implement and oversee the training plans devised by Seto. We have reached out to Seto for comment on his plans.

Although Ura has no official coaching experience, he and Seto have been friends for a very long time and he is expected to provide mental support for Seto as well as tactical training input.

The coaching coach harkens back to Aussie Olympic medalist James Magnussen‘s out-of-left-field choice of going with long-time friend Mitch Falvey when he parted ways with his former coach Brant Best back in 2014.

Keep it in house!!

Very interesting to say the least, but this risk Seto is willing to take shows he is going for broke in Tokyo. He must think that his current (somewhat stagnated) times in the IMs won’t be good enough for gold, especially with Kalisz and Larkin with PBs at 1:55, and Scott making rapid strides. Then there’s Desplanches, Shun, Lochte (?), MA all breathing down his neck in the 1:56 range. Time will only tell what dividends this might play.

Whenever elite Japanese swimmers make a coaching change, they seem reluctant to switch to a non-domestic stable. Outside of Kitajima and Irie, I can’t think of other notables who have outsourced training. I wonder if Seto ever considered joining Energy Standard.

Well, it worked out well for Maggie, so why not. Oh, wait…