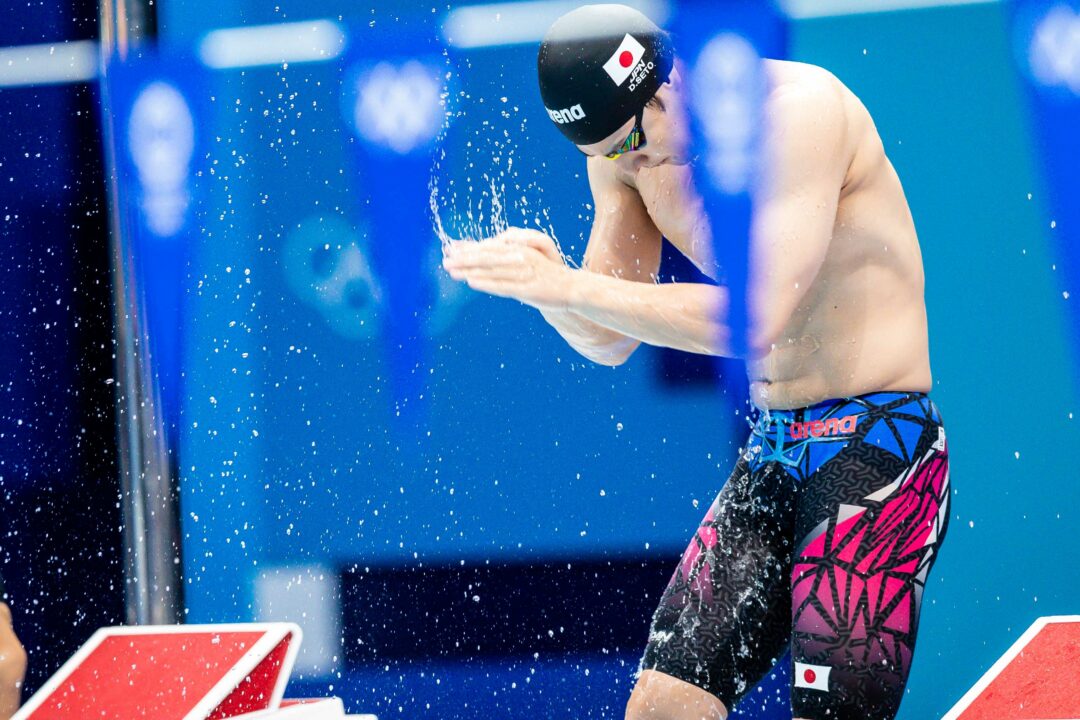 27-year-old Seto’s Instagram post from late last week included, “We are altitude training in Flagstaff for the FINA World Swimming Championships @ fina21abudhabi in the UAE! Training is underway under the guidance of @coleystickels, the coach of @tokyofrogkings! His training is full of new discoveries every day!”

Seto landed in Flagstaff after having first trained several days alongside American rivals Chase Kalisz and Jay Litherland at the University of Georgia.

The fly and IM ace then traveled north to Ann Arbor to join the University of Michigan Wolverines for a short stint before his departure to Arizona.

As we reported in October, Seto is keeping his travel plans under wraps, only revealing his destinations via social media upon his arrival.

Is Coley on the road with him?