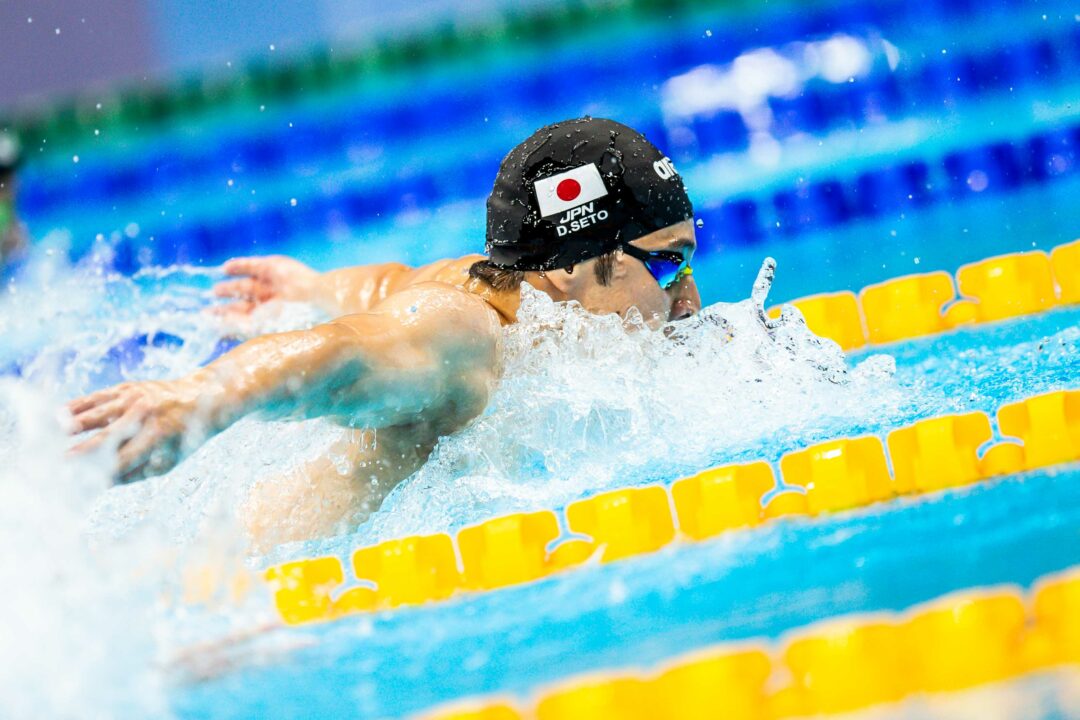 Daiya Seto of Japan continues his tour of training hot spots within the U.S. with the superstar's latest location represented by the University of Michigan. Archive photo via Jack Spitser/Spitser Photography

Daiya Seto of Japan continues his tour of training hot spots within the United States, with the superstar’s latest stop represented by the University of Michigan in Ann Arbor, Michigan.

27-year-old Olympic medalist Seto hinted at his brief stint at the home of the Wolverines via his Instagram account this week.

Seto’s appearance in Michigan follows his stint at the University of Georgia, where the versatile athlete trained alongside Olympic rivals Chase Kalisz and Jay Litherland.

Per Michigan Associate Coach Dr. Josh White, Seto will be in Ann Arbor for a period of about 10 days.

“He arrived last week and will be staying through the end this week.  I believe that he is headed to Flagstaff next,” White told SwimSwam.
“We have enjoyed having him here training with us.  Having someone new training with the crew always injects some energy and a swimmer of Daiya’s abilities even more so.  It is especially nice during this high-volume training time.”

Excited to see how he will race at worlds, he’s been popping off at World Cup and isl regular season this year so we may be in for a ride, hopefully

All I know is that he will be slower at worlds than he is in-season. Seto just isn’t a big-time swimmer in LC.