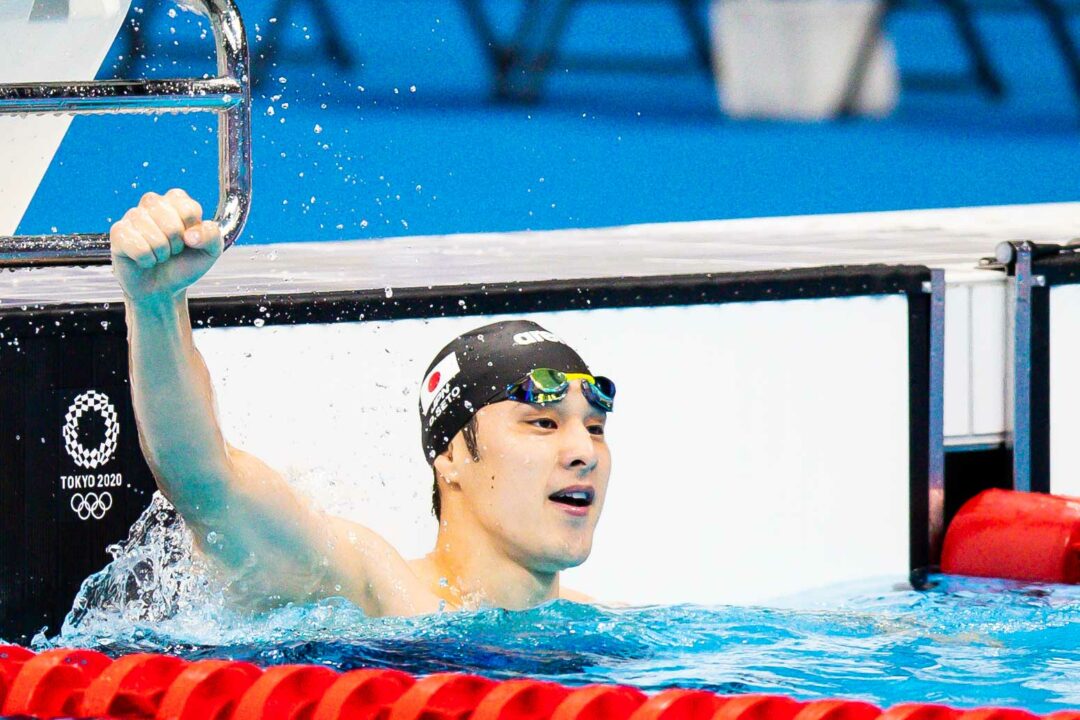 27-year-old Daiya Seto of Japan has begun his United States training tour, with his first stop being that of the University of Georgia. Archive photo via Jack Spitser/Spitser Photography

We reported last month how 27-year-old world record holder Daiya Seto of Japan would soon begin training in the United States and it appears the versatile ace has settled on his first stop.

Per his own social media posts, Seto is training at the Univesity of Georgia, sharing lanes with United States’ rivals Chase Kalisz and Jay Litherland.

What 4 Japanese swimmers went “pro” during their career?

Does Jay speak Japanese? Might be an additional draw for Seto spending some time there. So many of these foreign swimmers who have traveled extensively speak English, but I’m sure it makes it easier when you have someone who speaks your native language.

Yes they spoke Japanese growing up in their home!

Most Georgians sound foreign to me. There are only so many syllables you can crowd into monosyllabic words.

Aren’t you from Texas?

I do two syllables max in a monosyllabic word. Georgia natives, they’re up to three or four. Fork has three syllables.

This MF about to go a sub 4:00 at world champs fueled by nothing but vengeance and a love for self torture

And at least a party at UGA

All they need is for Carson Foster to pop over to train with them for a week after Thanksgiving. That would be “Aces.”

He better hurry, we don’t know how long Seto is staying and what kind of shape Jay and Chase are in?

In terms of LCM hardware, probably the three best 400 IMers in the world currently active in the event.

Well Lochte is not officially retired.

Yeah but he cant do it anymore

He better go to some college parties too

Feel like that’s not what he needs for his relationship

His therapist facepalming as the Instagram pics of beer pong surface.

After some cheating allegations, probably not the greatest idea.

If you’re going to be a man at night, you gotta be a man in the morning.

“What defines me? Ryan Lochte.”

“What I was always good at was letting things go through one ear and out the other, so to say.”