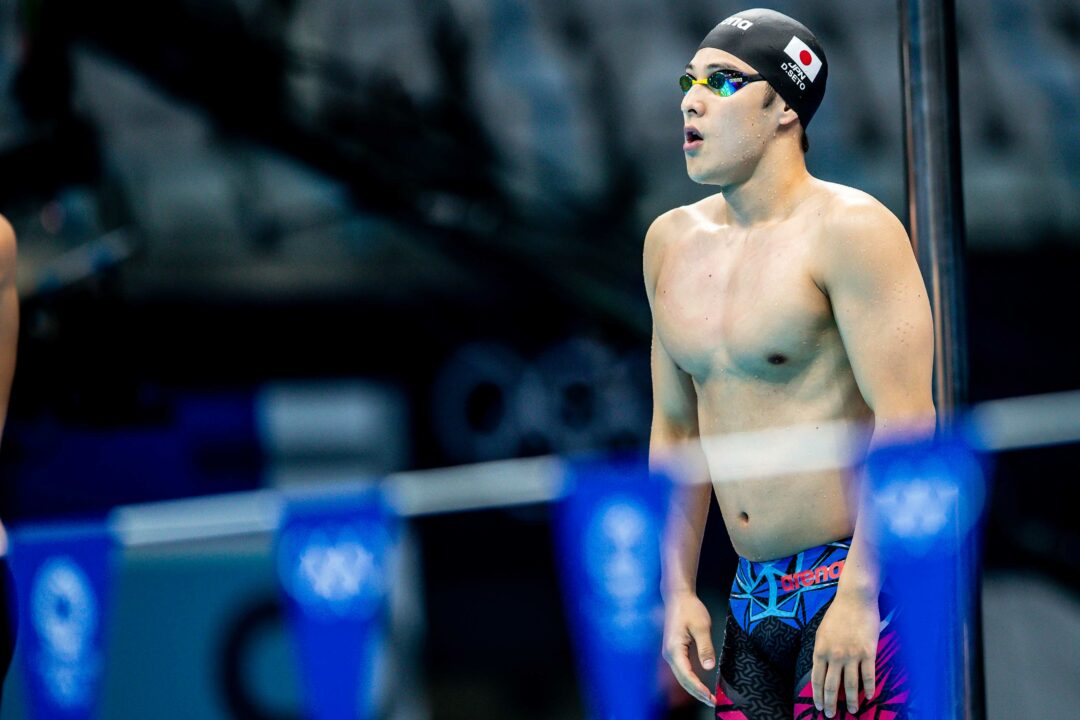 In addition to the news that the Japanese Swimming Federation (JASF) has pulled its team from this year’s FINA Short Course World Championships, there are a couple of significant updates regarding its high-profile athlete Daiya Seto.

First, Seto revealed to SwimSwam this week that he will soon be splitting his training time between the United States and Japan. He will begin this geo-split later this year, although the 27-year-old is keeping his actual U.S. locations under wraps for the time being.

Seto has ground out the laps in the United States before, specifically to take advantage of altitude training. And, his retired domestic rival Kosuke Hagino spent time training under Michael Phelps’ coach and ASU head coach Bob Bowman in 2017, although Bowman confirmed to SwimSwam that he has not been contacted by Seto.

From what Seto told us, he doesn’t plan on sticking to one program while spending time in the U.S. but rather taking on a roadshow of sorts to try out different philosophies, methods and coaching styles around the nation.

The second major Seto update is the fact that the man has become the fourth Japanese swimmer to declare emancipation from the JASF.

Following in the footsteps of Kosuke Kitajima, Kosuke Hagino and Ippei Watanabe, Seto is officially a professional athlete and will now be primarily responsible for expenses related to training camps and trips. However, the restrictions on Seto’s commercial activities will be relaxed, which opens the door for more earning opportunities heading into Paris 2024.

In an Instagram post today Seto said, “I am grateful to the Japan Swimming Federation for being recognized as an excluded certified athlete.

“I will spend every day with purpose until the Paris Olympics. We will strengthen my performance by participating in overseas competitions, etc., and I would like to cooperate with the Japan Swimming Federation so that we can contribute to the development and spread of swimming around the world. Thank you for your continued support.”

lets goo. so excited for this man

The defination of pro might not be the same in US and Japan. I’m sure he had a lot of commercial contracts and made a lot of money since long ago.

What obligations does he has at all if not go pro?

So what you’re saying is… Shaine Casas turned pro before Daiya Seto?!

And they could both benefit from a sports psychologist.

So we now look down upon those that could use help psychologically? Maybe consider getting out of Texas on occasion.

As could nearly every athlete.

Retta, will Daiya Seto compete at short course Worlds, even though the japanese federation won’t participate ?

Makes sense. He probably needs some time away from his wife

What practice and pancakes watching seto?

He will be training at Michigan for some time this winter.

Really, or is this a joke?

He wants some of the American flavor. Filled all up on Japanese Infidelity

lol didnt u used to be a normal commenter haha?

Don’t think he/she ever was

I doubt this helps his marriage.