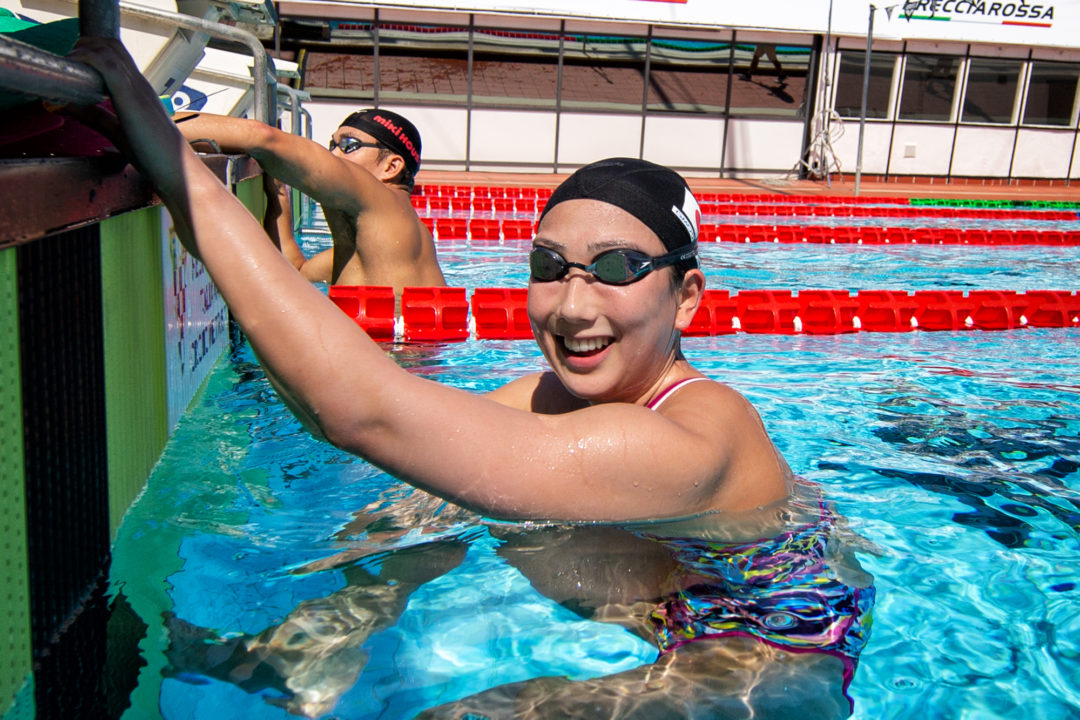 The subject of mental health is embedded within the Japanese sporting structure in light of the toll a pandemic and Olympic postponement can have on athletes. Archive photo via “Rafael/Domeyko Photography”

The postponement of the 2020 Olympic Games due to the coronavirus pandemic brought a range of emotions to athletes, from grief over ‘what could have been’ to comfort knowing they have another solid year to prepare.

Additionally, athletes have dealt with uncertainty in the consistency of their training, closure of home facilities, and travel restrictions limiting their ability to take part in international competitions.

As Japanese swimmers were slowly able to return to their pre-pandemic lives, they were equipped with a summary of steps from the Japanese Swimming Federation (JASF), which included safety guidelines and coronavirus-battling protocols in the interest of keeping athletes physically healthy.

However, at the time we reported how the JASF was also careful to include valuable insight into the aforementioned psychological factors that come into play when athletes returned to their sport after a long, involuntary hiatus. You can read more in our original post here.

In the continuation of this mental health support, Nippon Sport Science University associate professor Hideaki Takai has taken on the task of helping several Japanese elite athletes work through these issues as they enter the final year of Olympic preparation.

“There’s these two athletes who I’m supporting in mental training, and they are the extremes,” Takai told The Japan Times. “One, who is younger, insists that he is even more certain he will win gold (at the Olympics) because he can practice even more. He says he can win gold, not even silver.”

At the other end of the scale, Takai said, is an emerging talent aiming to break through for a podium finish.

“They were based overseas but can’t do that now,” Takai said. “So now that athlete practices in Japan, where they don’t have other athletes at the same level to train with, they feel like their athletic level has dropped. They’d been coached by a foreign coaching staff, but now the athlete wants to practice alone and that’s affecting them mentally.”

So what we do is monitor their daily training to make sure the athlete can identify issues to overcome on their own. And the next day, the athlete tries to overcome them and we give an assessment. By doing things like that, we allow the athletes to recognize their own development.”

The trend toward emphasizing mental health in the scope of tending to the athlete as a whole, the United States Olympic Committee (USOC) has also upped its efforts. In July of this year, the USOC formally announced the addition of three independent mental health officers to further address mental health concerns and better serve the holistic needs of Team USA athletes.