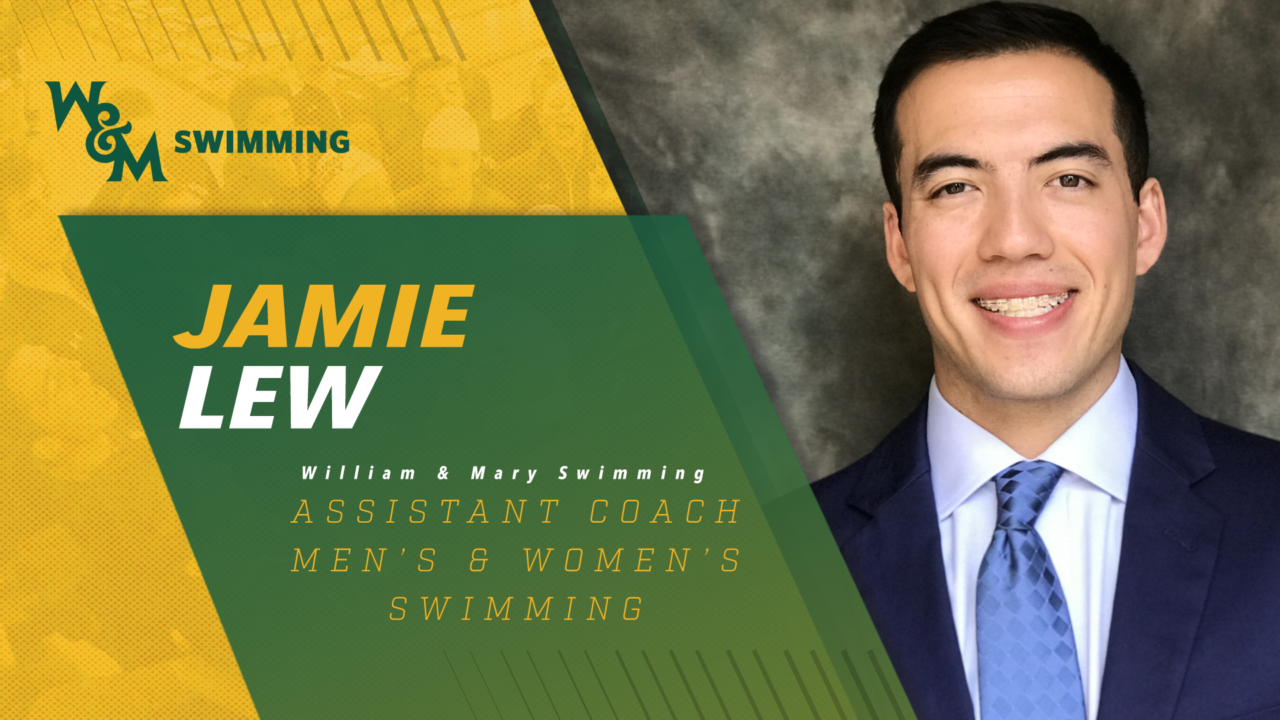 William & Mary announced the hiring of Jamie Lew as an assistant coach with the Tribe's men's and women's swimming teams. Current photo via William & Mary Athletics

William & Mary head swimming coach Nate Kellogg announced the hiring of Jamie Lew as an assistant coach with the Tribe’s men’s and women’s swimming teams today.  Lew will assist with all aspects of running W&M’s nationally-recognized program, including on-deck and dryland training, administration, and recruiting.

“I’m thrilled to add Jamie to our staff,” Kellogg said. “His time spent working with some of the best coaches and athletes in the country will add a lot to our team. Jamie is a terrific teacher and I’m confident that he’ll make a tremendous impact on our student-athletes in and out of the pool.”

Lew comes to W&M after four years in the Boston area.  He’s been the head age group coach at Crimson Aquatics club team all four years, in addition to serving as a volunteer assistant with area universities.  He assisted at MIT from 2016-18, helping run practices for the perennial top-10 ranked Engineers.  Last year, Lew moved across town to volunteer with the Harvard men’s team, who finished eighth at the NCAA Championships at the end of the season.  Lew has also served as a varsity swim coach at Dexter Southfield School each of the last four years.

Lew’s coaching experience also extends to the highest level of summer camp circuits, coaching at N.C. State and Texas over the last three years.  He has been the President of the Crimson Aquatics-Rett Syndrome Adaptive Swimming program since 2016, helping develop an aquatic learning program for girls with a degenerative muscle disease.  Lew was also the head coach for two years at West Roxbury Education Complex Community Swimming program, developing learn-to-swim programs for high school-aged students in the Boston area.

Lew was a four-year member of the Union College swim team, earning All-Academic honors each of his last three seasons and setting lifetime-bests in the 50 free, 100 free, and 100 fly at the conference championships his senior year.  He graduated from Union in 2015 with his degree in biology.