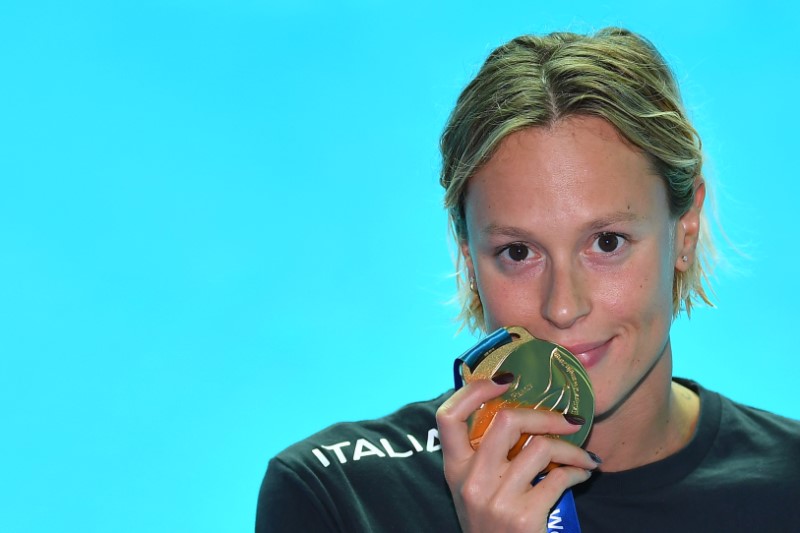 Federica Pellegrini will have two chances to qualify for the 2020 Olympic Games, as the Italian Swimming Federation sets out its selection policy. Archive photo via Andrea Staccioli / Deepbluemedia / Insidefoto

You can read the SwimSwam Italia article here.

With the 2020 Olympic Games in Tokyo, Japan less than a year away, the Italian Swimming Federation (Federnuoto) has revealed its selection policy for next year’s international competition.

Italian qualification for Tokyo occurs in two parts, with the first represented by the Italian Long Course Open Championships. The meet is slated for December 12th-14th and offers the first opportunity to punch a time to be considered for the Olympic squad. Athletes will be considered if they meet or exceed times in the first table below.

A sampling of the times below reveals that they sit anywhere from .1% to 2.6% faster than the FINA A cuts.

Although on the surface the times don’t seem too terribly out of reach, it’s worth noting the scarcity of attainment of these marks by Italian swimmers this year, a year of a World Championships. For instance, no Italian man managed to dip under the 22-second mark in the 50m free. Andrea Vergani held the fastest time for the nation at 22.02.

The same holds true for the men’s 100m free, where the fastest Italian thus far this year is represented by Alessandro Miressi and his World Championships semi-final time of 48.36.

Margherita Panziera will need to replicate her national record-setting mark of 58.92 in order to qualify in December, but she has more wiggle room in the 200m back as long as she’s able to get near her 2:05.72 2019 best.

The second opportunity for qualification will come at the Italian Absolute Championships slated for March 17th-21st. There is a different qualifying time table that applies to this meet, which can be seen below. The SF and SM notations pertain to relay minimum qualification times.