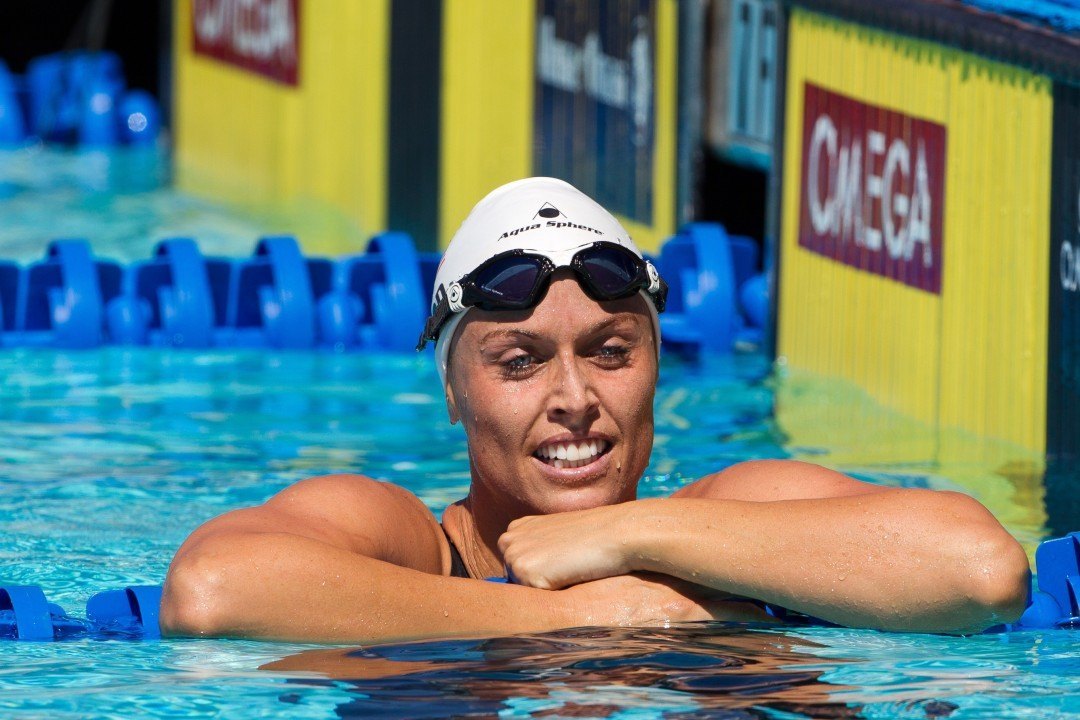 The International Swimming Hall of Fame has announced its class of 2018 inductees which will include 10 names to be... Archive photo via Tim Binning/TheSwimPictures.com

The International Swimming Hall of Fame has announced its class of 2018 inductees which will include 10 names to be added to the 700+ already inducted.

Adlington will forever be the answer to the trivia question ‘who held the 800 free World Record before Katie Ledecky changed the sport,” from when she set it in August 2008. It would stand until a 16-year old Ledecky broke it at the 2013 World Championships (not the Olympics prior where she won gold at 15). She’s one of two Brits on the list – coach Bill Sweetenham, who was the Head Coach for the Australian Institute of Sport from 1987 to 1995, the Australian National Youth Coach from 1995 to 2001, and the National Performance Director for Great Britain from 20017 to 2007. His time leading Great Britain included a gold by the women’s 800 free relay at the 2001 World Championships – the country’s first-ever Long Course World Championship gold medal.

Beard first made her introduction to the world at the 1996 Olympics on home-soil in Atlanta. There, at just 14 years old, she became an Olympic icon when she took her teddy bear around with her on deck. She won 3 medals that year, gold in the 400 medley relay and silver in both the 100 and 200 breaststrokes, and became the second-youngest Olympic medalist in American swimming history. Beard would go on to race at 4 Olympic Games in total, winning 7 medals, including another gold in 2004 in the 200 breaststroke. She once tied and once broke the World Record in the 200 long course meters breaststroke – swimming 2:22.99 in 2003 in Barcelona to match Qi Hui’s global standard; and then at the 2004 Olympic Trials in Long Beach she swam a 2:22.44 to lower Leisel Jones’ World Record.

Trickett, an Australian, is the most decorated of the trio. She has 7 Olympic medals, including 4 gold, from the 2004, 2008, and 2012 Olympics; and 27 total World Championship medals (15 in long course, 12 in short course). She tagged on 5 Commonwealth Games titles and is the former World Record holder in the 50 free and 100 free long course, and the 100 free, 200 free, and 100 fly in short course (in addition to relay World Records). In 2016, she was inducted into the Sport Australia Hall of Fame.

The exceptions this year includes Irina Lashko, who won Olympic silver medals for the Unified Team and Russia in 1992 and 1996 before converting to Australian citizenship and winning bronze at the 2004 Athens Olympics. Another exception is Bulgarian open water swimmer Peter Stoychev, who was the 2011 World Champion in the 25k in 2011. He has 7 World Championship open water medals, and in 2007 became the first swimmer to cross the English Channel in less than 7 hours.

This year’s International Swimming Hall of Fame honorees include Swimmers:

Note: Ian Crocker (USA) was a part of the Class of 2017, but was unable to attend the induction due to Hurricane Harvey.  We will be officially celebrating his induction as part of the class of 2018.

Did any other USA female swimmer ever make 4 consecutive Olympics in an individual event?

She was in the final of the Olympic Trials in 2012 as well.