In-state Diver Cole VanDevender Will Be a Hoosier Next Year 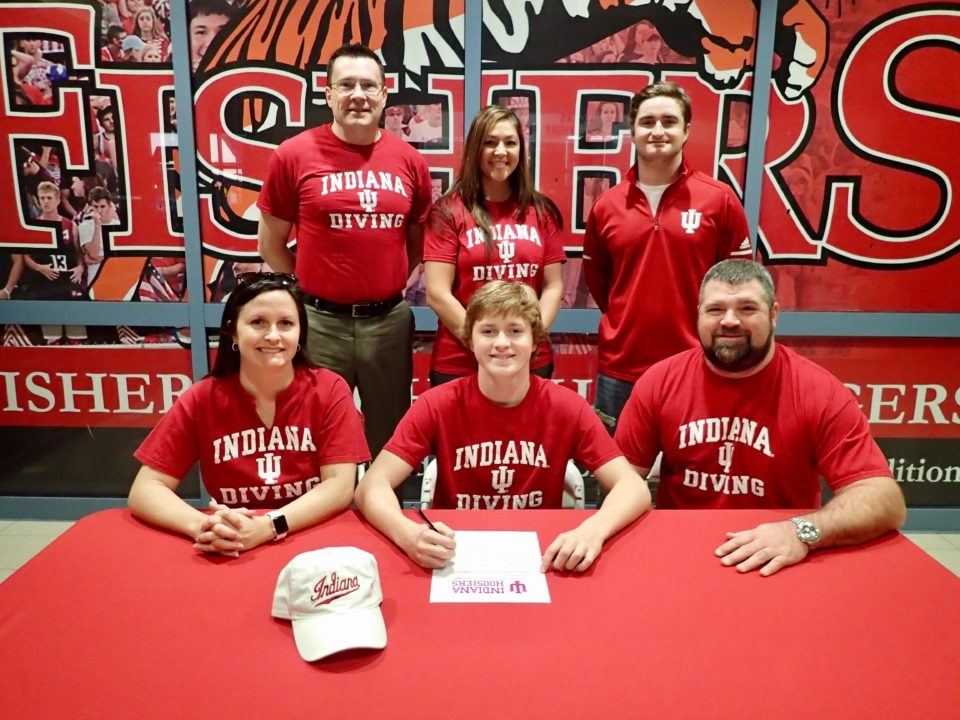 Cole VanDevender of Fishers High School and Fishers Diving has signed an NLI to dive for Indiana University next fall. Current photo via Amanda VanDevender

“I chose IU because the competitiveness and diving tradition there is unparalleled.”

VanDevender is a senior at Fishers High School. He dives for his high school and for Fishers Diving and is a two-time NISCA All-American. He finished third on the 1-meter springboard at the 2018 IHSAA Boys Swimming/Diving Championship in February, helping Fishers achieve 8th place in the overall team standings. VanDevender was runner-up as a junior in an emotional final just days after his brother suffered severe burns in a fire. He was 8th as a sophomore at the 2016 state meet. A month later, he fractured his L5 vertebrae during a platform entry and spent the next four months in a back brace.