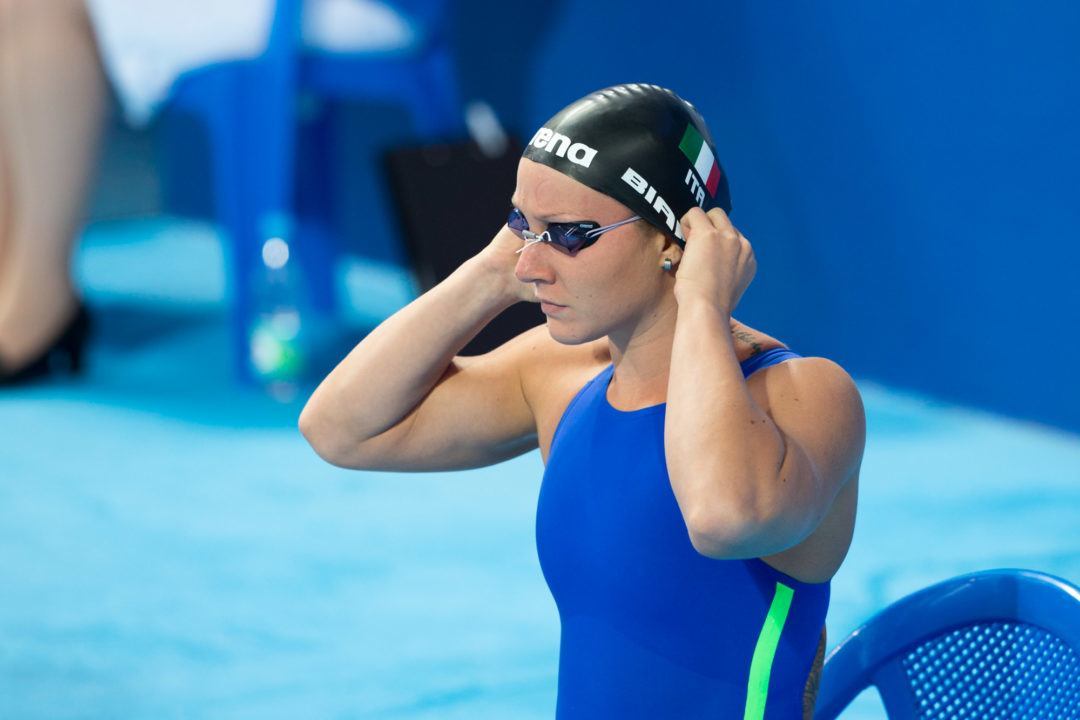 Ilaria Bianchi hit the Italian Olympic qualifying time on day 3 of Italian Nationals to become just the second Olympic qualifier on the women's side so far this year. Archive photo via Tim Binning/TheSwimPictures.com

Ilaria Bianchi hit the Italian Olympic qualifying time on day 3 of Italian Nationals to become just the second Olympic qualifier on the women’s side so far this year.

9 swimmers in total are qualified at this point, 7 men and 2 women. Bianchi joins Federica Pellegrini as the only women locked in. That roster number should inflate next month, though, as several more athletes stand to qualify after the European Championships.

Bianchi went 57.87 in the final individual event of the day to become the only new Olympic qualifier on the day.

Gabriele Detti had already qualified in the 1500 free, but he added a qualifying time in the 400 as well, going 3:43.97 for the blowout win and one of the better 400 free swims in the world this year.