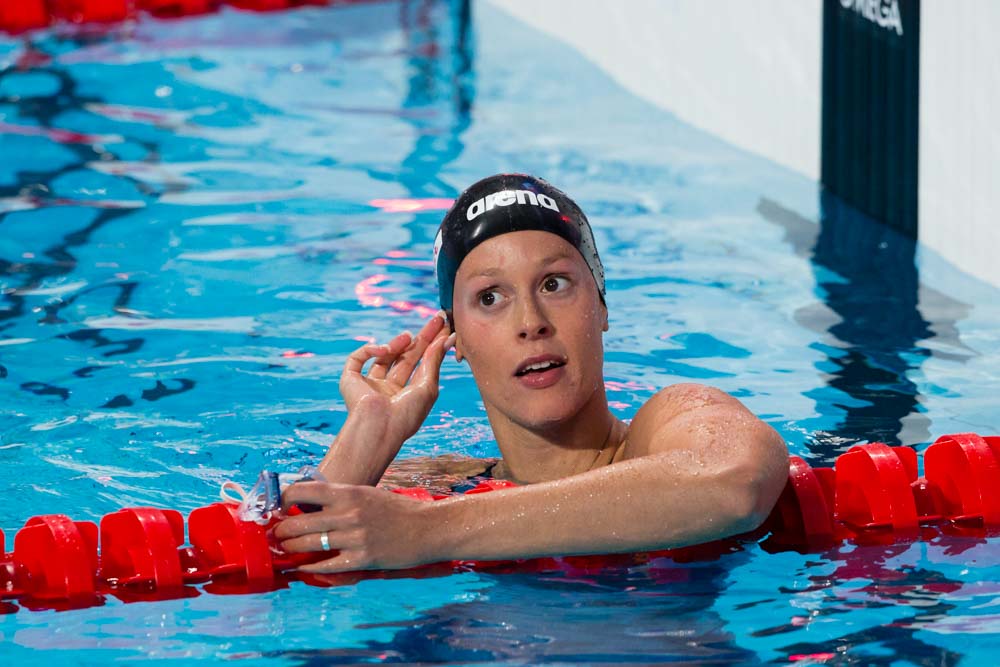 Federica Pellegrini broke her own national record in the 100 free to highlight the meet, going 52.17. Archive photo via Tim Binning/TheSwimPictures.com

Italy’s long course national championship meet wrapped up with a two-session, short course set of time trials, allowing some of the nation’s top talent to challenge the record books in the 25-meter tub.

That time for Pellegrini topped her 52.56 that had stood as the national record since last December’s Short Course European Championships.

The Italian Federation’s press release lists the men’s 4×100 medley relay as a national record, though Italy’s team at the 2014 Short Course Worlds was actually faster. The team of Matteo Milli, Edoardo Giorgetti, Piero Codia and Filippo Magnini combined to go 3:28.29. Milli was 52.42 on backstroke, Giorgetti 58.81 on breast, Codia 49.82 on fly and Magnini 47.24 on freestyle.

A few other notable swims:

It’s good to see that Fede is firing on all cylinders in an Olympic year. She will go down as one of the Greats.

She looks to be in great shape – so happy for her . Bodes well for the Euro Champs and this summer . A great champion

She probably won’t be at Euros…. which is a great choice ’cause she want to be at her best in Rio 🙂