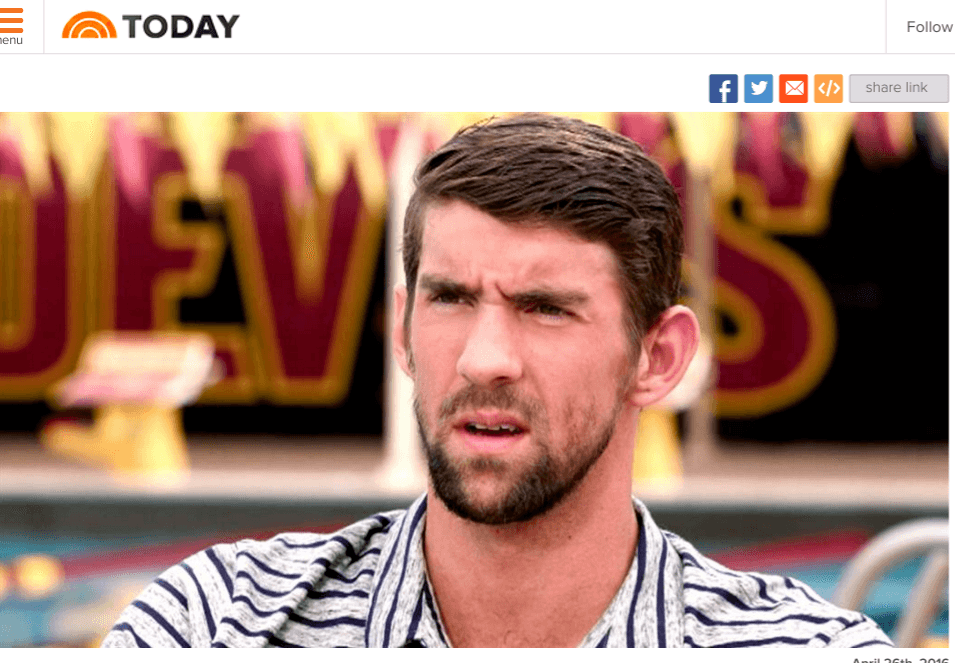 Asked during his Today show interview if he believes he is an alcoholic, 18-time Olympic gold medalist Michael Phelps responded, "I really don't know." Current photo via courtesy of today.com

22-time Olympic medalist Michael Phelps appeared this morning on April 27th, on NBC’s the Today show. At 30 years old and expecting his first child, Phelps spoke with host Matt Lauer on his past, present and future, both the good and the bad, as we enter the 100 day countdown to the 2016 Olympic Games in Rio.

Phelps discussed tough subjects such as his past DUI arrests and how the ordeals impacted those he loves most. Asked if he believes he is an alcoholic, Phelps responded, “I really don’t know.”

Phelps tells Lauer that, after his 2nd DUI arrest, “I think my mom was happy that I was alive because I think she saw the sort of the path that I was going down. I think a lot of people close to me saw it. And I was going fast. Fast. Honestly, at one point I felt like I didn’t want to see another day.”

The Baltimore native reiterates he is training “harder than he has in decades” and his describes his ultimate goal as “retiring the way I want to retire.”

Watch the interview in its entirety here.

Interesting to see Phelps in a clip from that interview, experimenting with swinging his arms out and around on his start, a la Brad Tandy and others. I haven’t seen him do that in a meet yet.