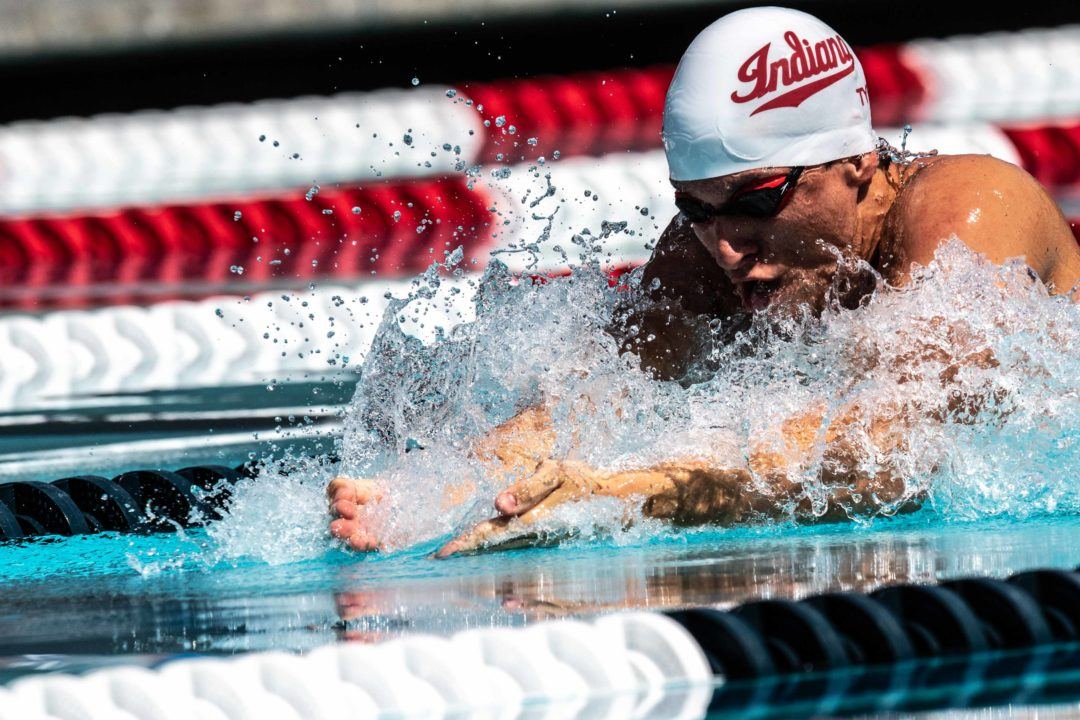 Finnerty went 56.29 to win the breaststroke at the International Swimming League (ISL) American derby. That took two tenths off of Miller’s former American record of 56.43. Per USA Swimming rankings, only four men have been sub-57 in the event: Miller, Kevin Cordes (56.88) and Andrew Wilson (56.92).

The previous best time for the 23-year-old Finnerty was 58.38, put up in his first ISL appearance in Indianapolis. The drop to 56.29 is a massive one for Finnerty, the former college star who is a strong contender for the U.S. Olympic team next summer.

Finnerty broke the American record in the 50 breaststroke yesterday, going 25.99 to become the first American man under 26 seconds. He’s on a roll this week for the DC Trident, and has his team in the thick of the fight for third place overall in the American derby.

I see the headline of an American Record, get excited and click on the article. Then I see it’s SCM and then say “Uggh, I just wasted 10 sec of my life”. Why does anything get run in SCM? Waste of time in every way.

I can’t speak for everyone, but I know there’s many of us who enjoy watching SCM and don’t think it’s a total waste of our time.

The fact you even thought it could have been LCM this time of year shows you don’t waste much of your life paying attention to the swimming world.

Swimming SCM during an Olympic year is pretty pointless when the pool can be set up for LCM.

David. Why don’t you tell me why almost all the swimmers aiming for Olympics are still wasting a lot of pool time practicing in short course even tho they have a chance to swim all practices in LC?

ISL is swam on sc meters ….its been told weeks & weeks ago if not months ago – Seems like u just landed …..haha

Certainly it’s less of a waste of time then SCY.