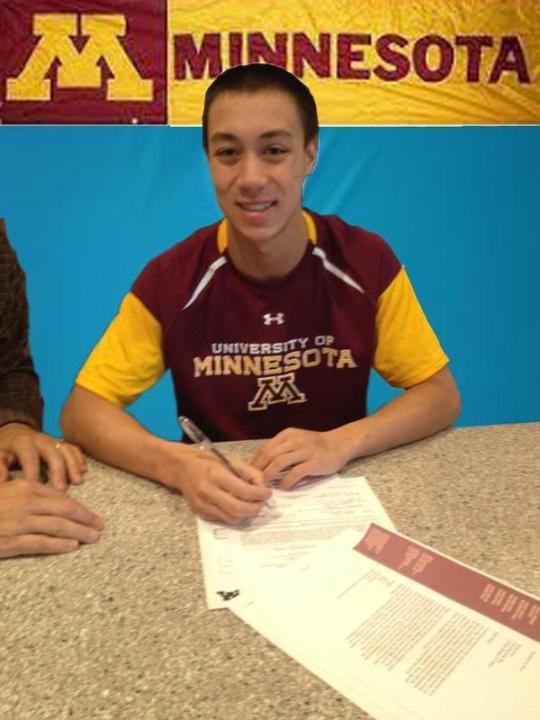 Hunter Doerr of Colorado Springs, Colorado has signed his National Letter of Intent to swim for the Minnesota Golden Gophers. Current photo via Hunter Doerr

Hunter Doerr from the Colorado Springs Swim team and Air Academy High School has signed his National Letter of Intent to swim for the Minnesota Golden Gophers.

At the Air Academy, Doerr has been a part of three-straight Colorado 4A (small school) State Championship teams, and for that matter a program that has produced a lot of very good sprinters in recent years. Doerr led off a relay that swam 3:06.8 at last year’s state meet to break the 4A record by over two seconds.

Doerr does have some versatility to contribute in different areas, but should provide value primarily as a sprint freestyler to Minnesota, especially when looking at the quality of his long course times (23.59 in the 50 meter free). He’ll also have a chance, both in the long term and the short term, to take over the fly leg of the Minnesota medley relays if he continues to progress in his 100.

The Minnesota men needed depth in a lot of places with this fall’s signing class, but especially so in the sprint freestyles – where the program has so much history, but even after the Minneapolis Grand Prix doesn’t have anybody under 20.4 so far this season.

Doerr is at least the 7th male commitment for the Gophers,