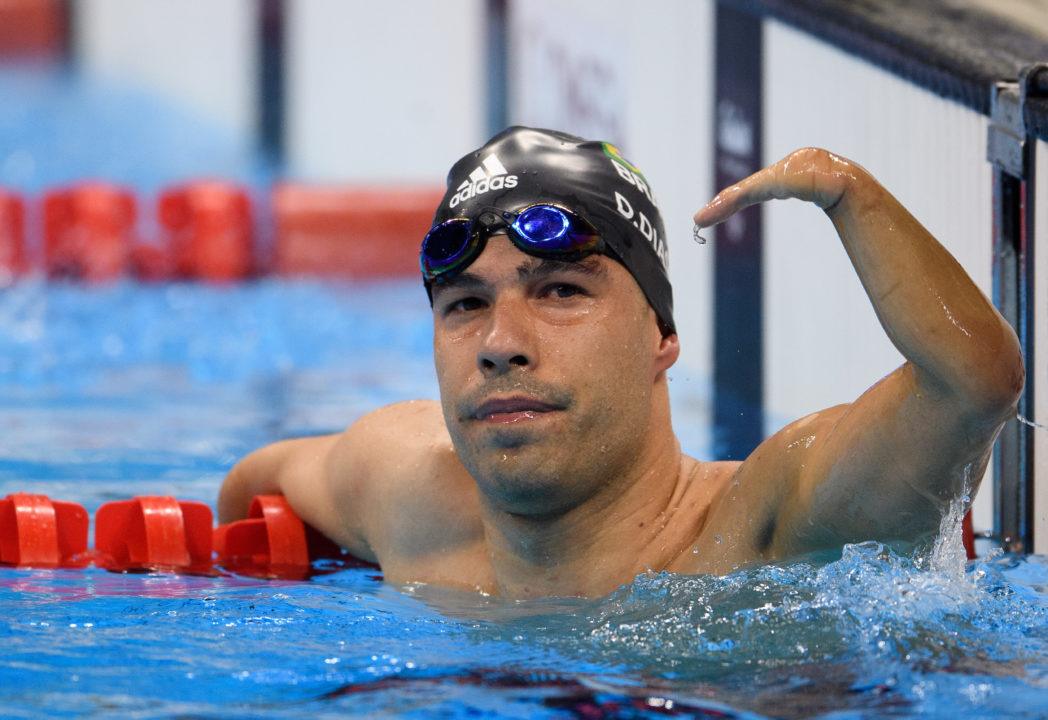 Brazil's Daniel Dias picked up a pair of wins in the 50 free and 100 free at the second stop of the Para World Series in Sao Paulo. Archive photo via Bob Martin

Brazil’s Daniel Dias was the overall champion of both the 2017 and 2018 World Para Swimming World Series circuits. The 2021 circuit kicks off in April.

The hosts shined at the second World Para Swimming Series in Sao Paulo, with the Brazilians walking away with the majority of the medals.

Finals were run as multi-class, and a percentage was applied to determine the winners.

A total of 13 Brazilians qualified for the upcoming Para World Championships in Mexico City, much to the surprise of Head Coach Leonardo Tomasello.

“It was surprising because it is the first competition of the year and we are still in April. Many of them will still reach their peaks but have already swam that fast. It was really encouraging, said Tomsaello.

Among the highlights was multi-time Paralympic and World Champion Daniel Dias (S5) coming away with wins in both the 50 and 100 free, followed by Brazilian teammate Phelipe Rodrigues (S10) in both events.

Alberto Caroly Abarza (S2) of Chile was the victor in the men’s 200 free, putting up an Americas Record of 4:14.49. He also joined Brazilians Dias and Rodrigues on the podium in the 50 free, taking 3rd.

Felipe Cultran (S14) was runner-up to Abarza in the 200 free, a strong showing coming off his win in the 100 fly earlier.

After the meet, Araujo moved into 3rd overall in points for the World Series, trailing Sarah Louise Rung of Norway and Jessica Long of the United States. On the men’s side four men competing in Sao Paulo moved into the top four positions, led by Chile’s Abarza.

A new leader and new names enter in the top five in the World #ParaSwimming World Series rankings following Sao Paulo. Check them out here! pic.twitter.com/Fa5GjOOLP8

Check out the full recap on the Paralympic website here.