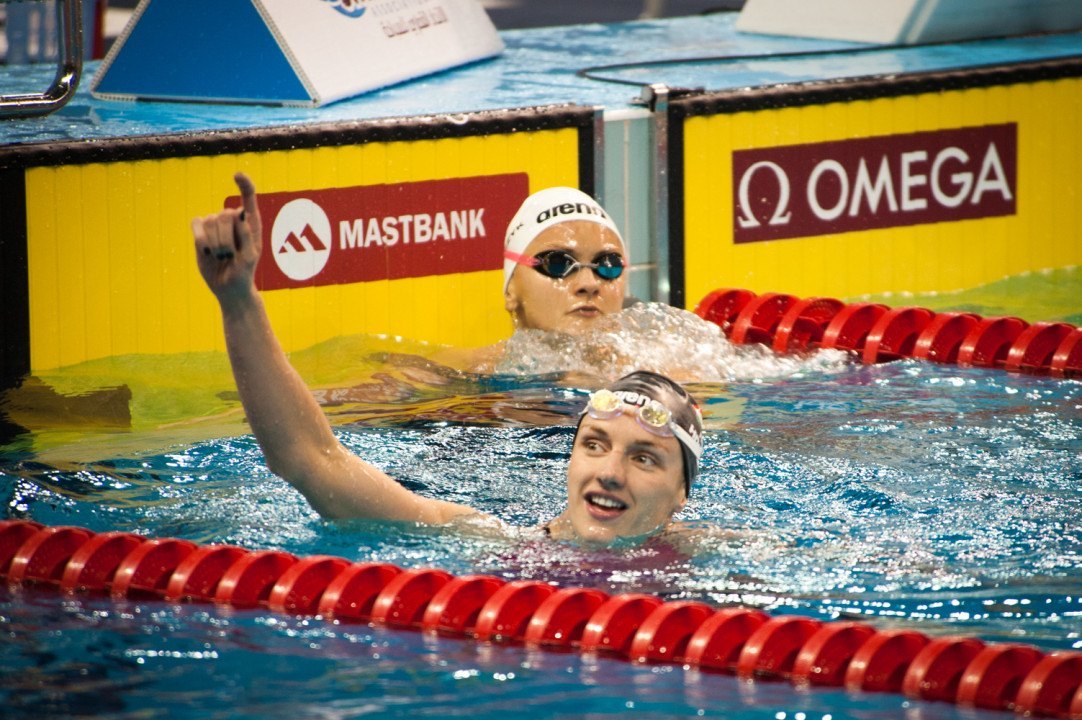 The Hungarian Swimming Federation held a press conference today where some of the country's top swimmers spoke about their performances in Berlin...

Hungarian stars Katinka Hosszu, David Verraszto and Daniel Gyurta were all in attendance toady at a press conference held by the Hungarian Swimming Federation.

The Hungarian contingent had a strong showing at the European Championships in Berlin this summer. They walked away with 17 medals (five gold, six silver and six bronze) finishing sixth in the medal standings. In 2012 Hungary finished first with a total of 26 medals (nine gold, 10 silver and seven bronze) at a championships that did not include some of the continent’s best swimmers. A better comparison would be to their finish 2010, where the nation won 13 medals (six gold, four silver and three bronze).

In Berlin Hosszu won the 100 backstroke, 200 and 400 IM along with a silver in the 200 freestyle. She spoke about her desire to continue to improve as she moves closer to the Rio Olympics, “After the results we are already thinking of what to do and what could be improved even further,” said Hosszu.

“The big goal, of course, is the Rio Olympics. We are only halfway up the road to Rio, but I do not have much time, there is still plenty of work to be done.”

Olympic and World champion Gyurta addressed the fact that he did not compete in his specialty, the 200 breaststroke, in Berlin, “This decision had to be made, so in two years’ time, in Rio, I can be the best,” said Gyurta.

He explained to those in attendance it was important for him to take a break from the event, “The Euro is not a small race, but when compared to the Olympics, you can tilt the balance towards Rio.”

Verraszto, who missed his best time of 4:11.71 by a tenth of a second, told the press that he was satisfied with the win in Berlin, but knows if he wants to be a contender in Kazan at the World Championships or in Rio at the Olympic Games that improvement is needed.

The Hungarian Federation stated that they were happy with the results and especially how this type of success motivates more children to participate in the sport. In the last year the country has seen 6,500 new participants in the sport.