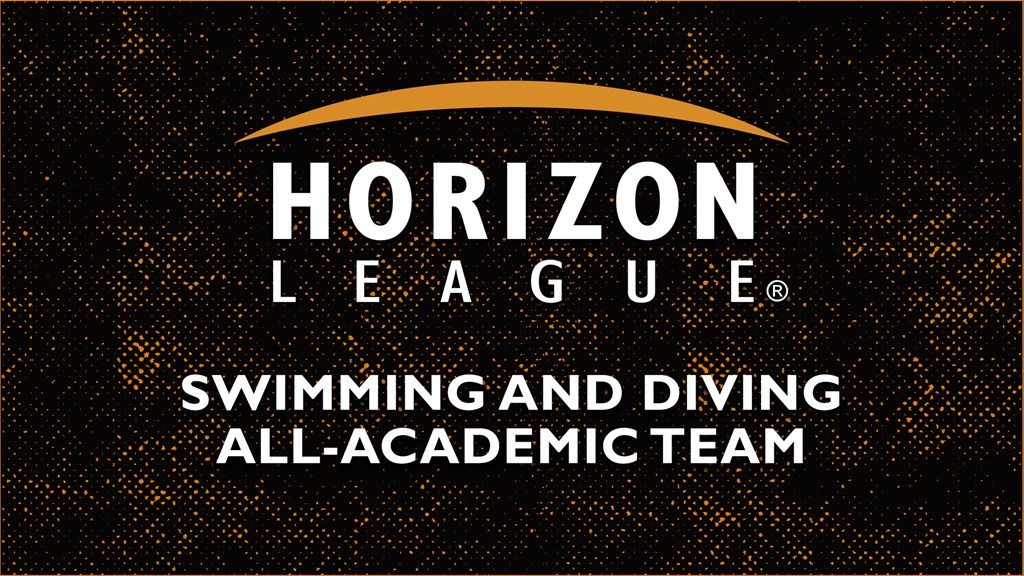 A total of 31 student-athletes were honored for their success both in competition and in the classroom by the Horizon League. Current photo via Horizon League

INDIANAPOLIS – Recognizing student-athletes for their success both in competition and in the classroom, the Horizon League released its 2019-20 Swimming and Diving All-Academic Team on Friday. A total of 31 student-athletes were honored in balloting by the League’s faculty athletics representatives.

Seven Horizon League institutions are represented among the All-Academic team. IUPUI garnered seven selections, while IUPUI and Cleveland State each earned six. Green Bay and UIC each had four members on the all-academic team, Milwaukee had three and Youngstown State had one.

The Horizon League recognizes student-athletes with seasonal Academic All-League Teams in each of its 19 championship sports. To be eligible for Horizon League All-Academic consideration, a student-athlete must have a cumulative grade-point-average of 3.20 or higher (based on a 4.00 scale), have completed at least one year at the member institution, having earned 24 semester-hour or 36 quarter-hour credits, and participate in 50 percent of the team’s overall contests.