Hillary Metcalfe Commits to the University of British Columbia 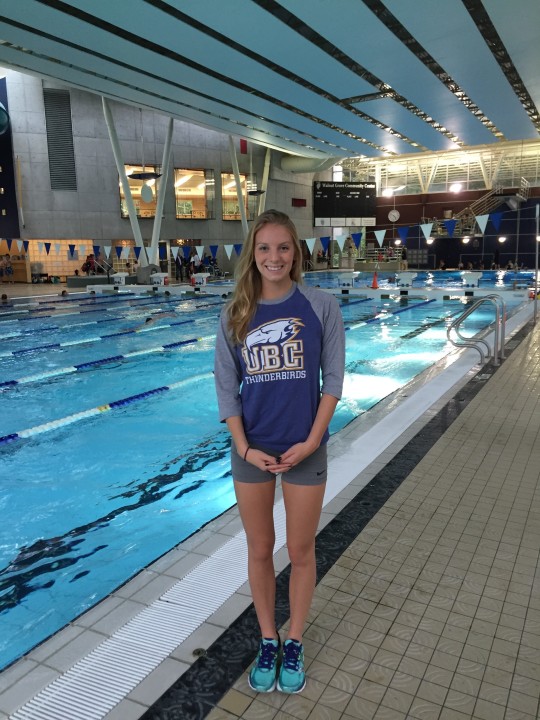 The Langley Olympians Swim Club’s Hillary Metcalfe has committed to the UBC Thunderbirds for the 2016-17 season. Metcalfe has competed with the Olympians, a club owned by her father Brian Metcalfe, since the age of seven.

“The reason I chose UBC is because it is the best university team in Canada,” Metcalfe told SwimSwam.

“It will give me an opportunity to pursue high performance swimming while attending a top academic school. I got along really well with the coaches, and the team environment truly is the best fit for me. UBC is a great school that will give me the best opportunity to improve in the sport that I love.”

The UBC Thunderbirds, who are coach by Steve Price (Head Coach) and former world record holder Brian Johns, won both the men’s and women’s titles at the 2014-15 CIS Championships.

Metcalfe’s best times would place her either in or on the cusp of making last year’s finals at the CIS Championships in all three breaststroke events.

Metcalfe will be a welcome addition to a UBC team that will have breaststrokers Tera van Beilen and Rebecca Terjko at the end of their eligibility after the 2015-16 season.