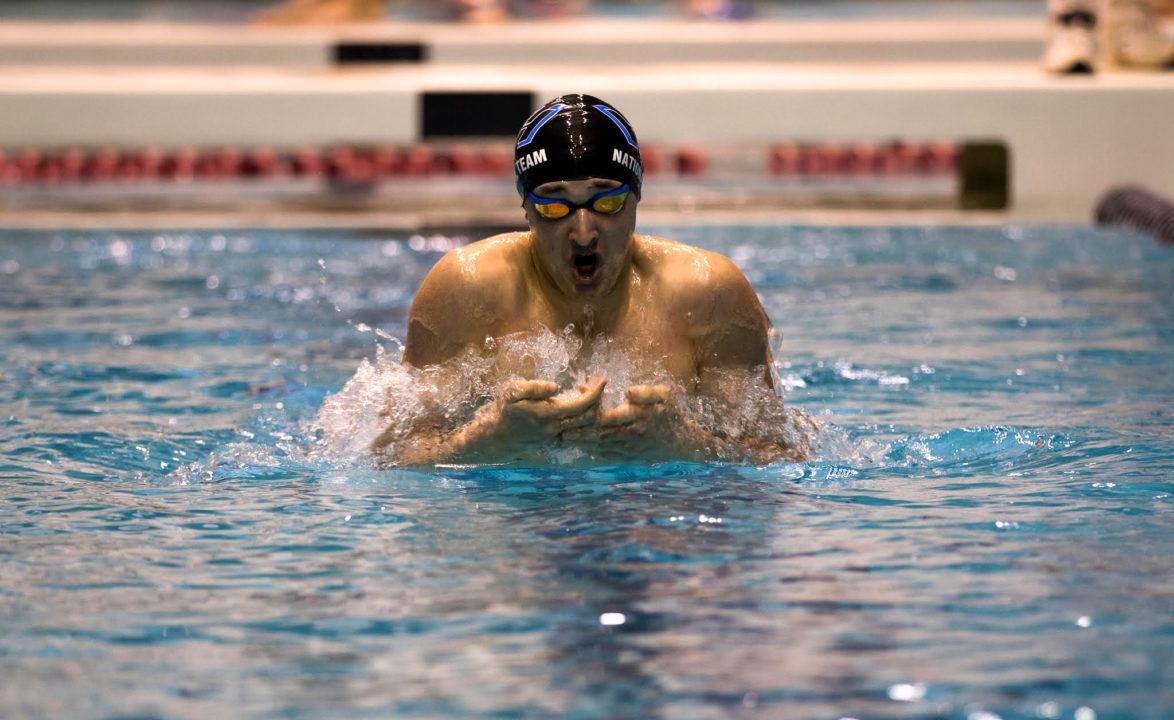 After a long, 12-event session on Thursday to open the 2018 Federal Way Sectional Championships, Friday evening saw a staccato of just 6 races making up the day’s activities: the 200 free and 400 IM for each gender, plus the 200 medley relays. That still stretched the finals’ session to 2.5 hours, ensuring that the swimmers who tried the double still had plenty of rest.

None-the-less, few took on the dastardly double, and only one swimmer, Charger Aquatics’ Jack Hoagland, made the A-Final in both available individual events, placing 6th in the 200 free and 4th in the 400 IM.

Katharine Berkoff from the Missoula Aquatic Club did add her 3rd individual event win of the meet, though, by topping a tight 200 free final in 1:46.81. That put her .02 seconds ahead of Kylee Alons and .10 seconds ahead of Zoe Bartel, both from the Fort Collins Area Swim Team that won the 800 free relay on Thursday. Berkoff built a big lead on the first 100, but the Coloradoans started clawing back on the 3rd 50: where all three had effectively the same split. Then, on the laast 50, Alons and Bartel where each about 6-tenths better than Berkoff, but Berkoff did just enough at the finish to hold on and win.

In the 400 IM, Ethan Heasley matched Berkoff with a 3rd win of the meet, taking the boys’ 400 IM in 3:45.56. That ranks behind only Carson Foster among 15-16s nationally this season, and jumps him to 6th all-time in the age group.

The 200FR swim by Lileikis was fun to watch since he was in Lane 1 and it took a little while before people noticed he was killing it from an outside lane.

Big swim for Ethan Easley. And impressive meet overall. Never heard of him before this week. 3.45 at 16, that’s great.