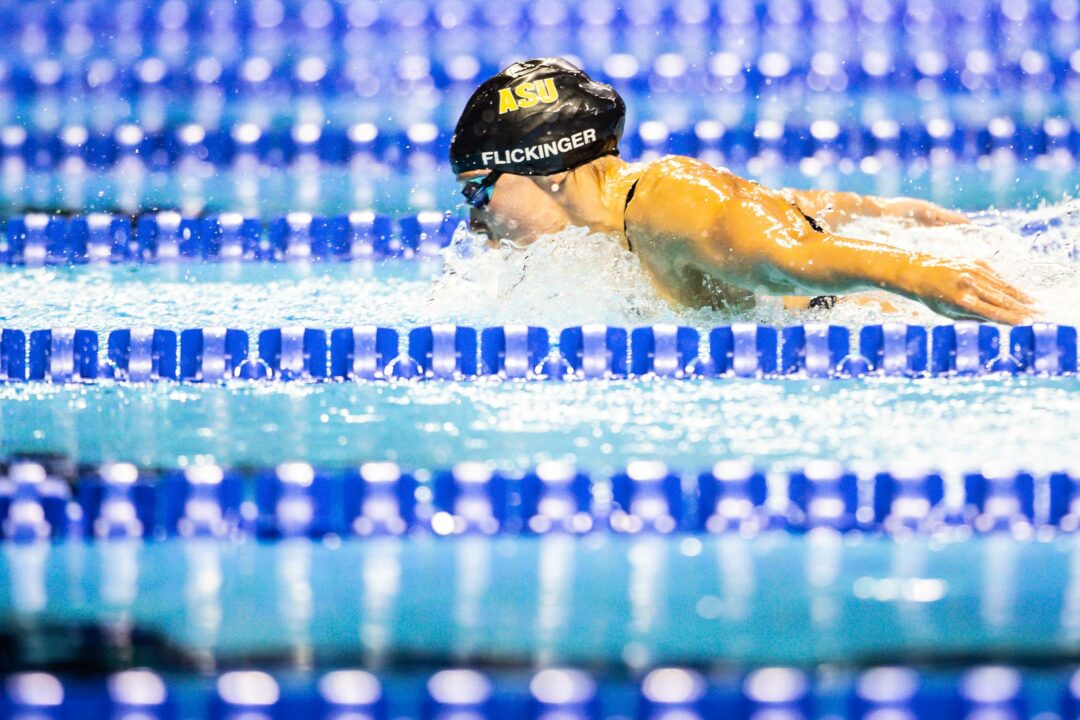 After likely making the Olympic Team by virtue of finishing 2nd in the women’s 400 IM earlier in the week, Hali Flickinger officially punched her ticket to Tokyo tonight, winning the women’s 200 fly. Flickinger swam her race well, hanging back while Regan Smith pushed the pace early. She evened things up at the halfway point, and really pulled away on the final 50, roaring to a new personal best of 2:05.85.

The swim was not only a lifetime best for Flickinger, it also broke her own U.S. Open Record, which had stood for almost 3 years. The previous record was 2:05.87, which was also Flickinger’s previous best, and she swam it at 2018 Summer Nationals.

Interestingly, Flickinger was faster on the first and last 50s tonight than in 2018, and slower on the 2nd and 3rd 50s. Something of note from watching the race is that Regan Smith‘s underwaters were far superior to Flickinger, so that maybe an area of improvement coach Bob Bowman targets in preparation for Tokyo.

That’s how you do it.

Can we possibly have the split comparison with the US Open record previous to Hali’s? Never been able to find splits for that race – hand-timed it from the video, but they cut away from Mary T on one of the walls.

If you look up 200 butterfly races from before Susie O’Neill broke Meagher’s world record, you can see the splits.

Best of luck in Tokyo!

Watched the 10pm broadcast and missed bowman talking about hali? Anyone have the link to this interview

Regan’s underwaters are always far superior to anyone else, in backstroke and butterfly. It’s especially true on the final underwater. Then it’s absolutely remarkable how quickly Regan flattens out and loses momentum.