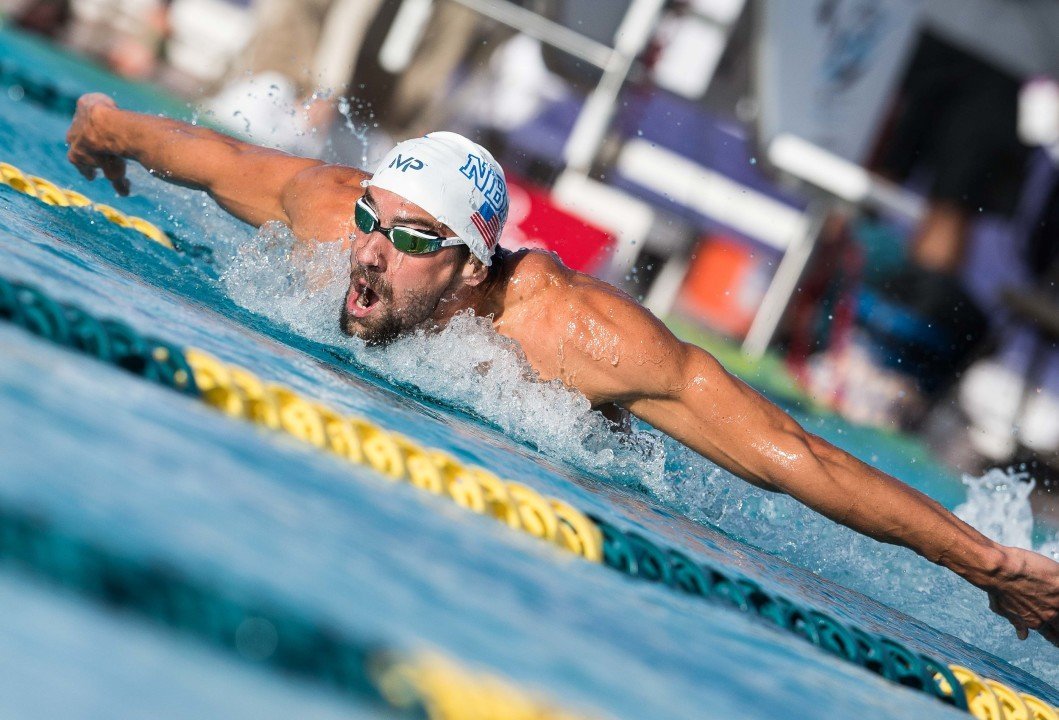 Troy believes Phelps may understand better than anyone else that it doesn't matter how fast he is on a given day at an in-season training meet, it only matters that he's fast on the right day. Archive photo via Mike Lewis/Ola Vista Photography

At a press conference in Gainesville on Thursday, Florida Head Coach Gregg Troy addressed the media about the upcoming U.S. Olympic Trials and the progress of his swimmers. Troy, the head men’s coach for Team USA at the 2012 London Olympics, also weighed in on the state of Michael Phelps as he closes in on his final Olympics. He believes Michael is in a great spot right now.

Troy believes that Phelps may understand from a competitive standpoint better than anyone else that it doesn’t matter how fast he is on a given day at an in-season training meet, it only matters that he’s fast on the right day. He says that Phelps took a lot of criticism last year for not being as fast as people thought he should be during the season, but Phelps showed up when it counted and swam lights out at the 2015 U.S. Nationals in San Antonio. At the end of last season, Phelps posted the fastest time in the world in the 100 fly, 200 fly, and 200 IM, coming the closest he has to his best times since 2009.