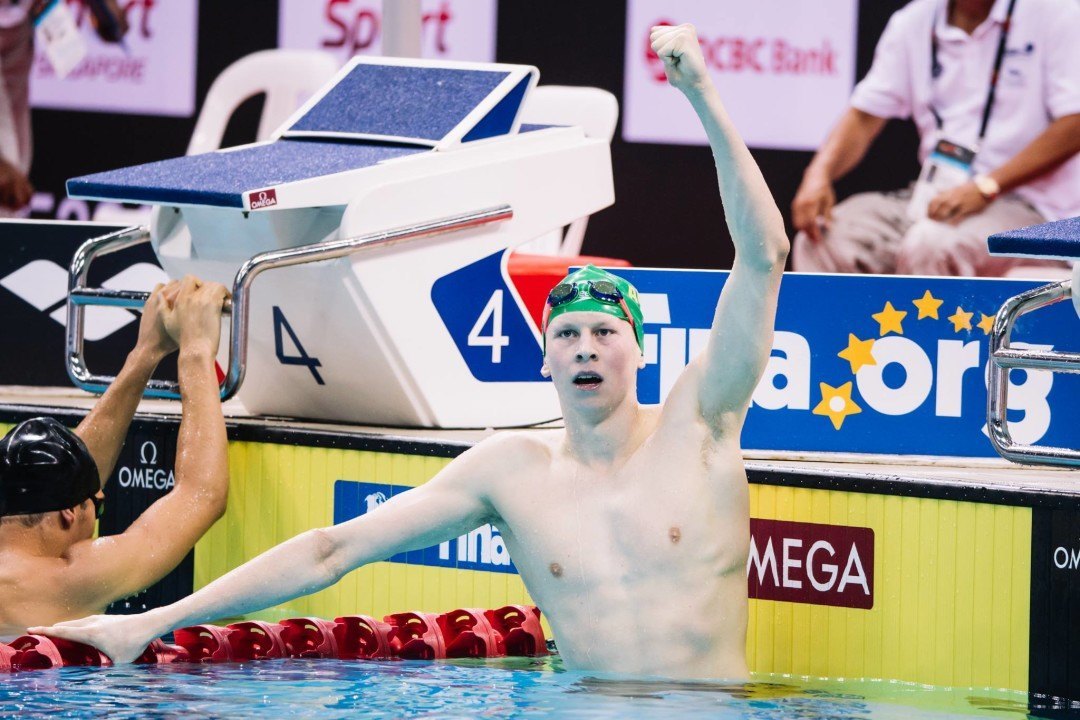 New Zealand’s Bobbi Gichard and Australia’s Clyde Lewis led a charge from Oceania at the opening day of the 2015 Commonwealth Youth Games in Samoa.

Northern Ireland’s Conor Ferguson won that event, putting up a 55.87.