Get SwimSwam Magazine’s Tattoo Issue with the Anthony Ervin Cover 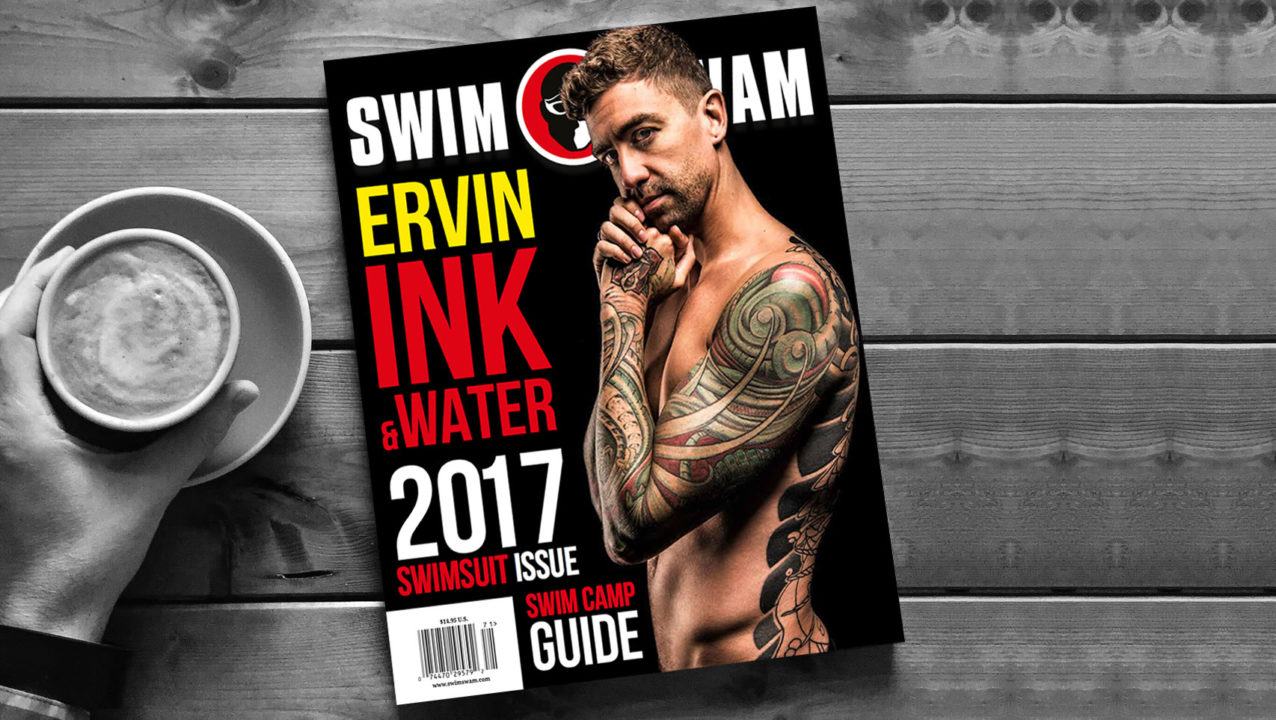 We dive deep on Anthony Ervin, the oldest man to win an individual Olympic gold, and we profile the biggest stars in sport in this massive 172 page issue. Current photo via Mike Lewis/Ola Vista Photography

If you want the SwimSwam Magazine tattoo issue with the Anthony Ervin cover, you must be a subscriber.  You can subscribe here.  This issue ships March 22nd and takes ten business days to arrive in-home for domestic subscribers.

With your yearly subscription,  you receive over 600 of pages of swimming’s highest quality content, and another 750+ pages of digital issues, going back to the first issue produced.

See 10 reasons to love SwimSwam Magazine for our upcoming issues.

You want Anthony Ervin, the oldest man to win an individual Olympic gold, memorialized in all of his INK glory.  Tony walks his own path, one less traveled, and celebrated writer (and author) Kip Fulbeck explains why and how in detail.

All issues going forward will have a big theme, one topic we cover in-depth. For the spring issue, it’s TATTOOS. In the future, we’re searching for the top themes and topics we can find. If you have an idea, email us and share it.

Go behind the tattoos. We all know the strokes, we know the meets, we know the times. But the spring tattoo issue peels back the onion and reveals personal stories, beliefs, and narratives that make the swimmers more than just their medals.

This is also the spring SWIMSUIT ISSUE.  The biggest brands in swimming roll out their best tech suits and more.

The SWIM CAMP GUIDE is new, but for everyone who loves a great camp, we include the top SWIM CAMPS in the nation in the spring issue.

If you subscribe to SwimSwam Magazine, you can also buy back issues.   If you want one or more back issues, we have increased our printing because of demand. On the subscription page, check the box by any of the back issues to add them to your order.