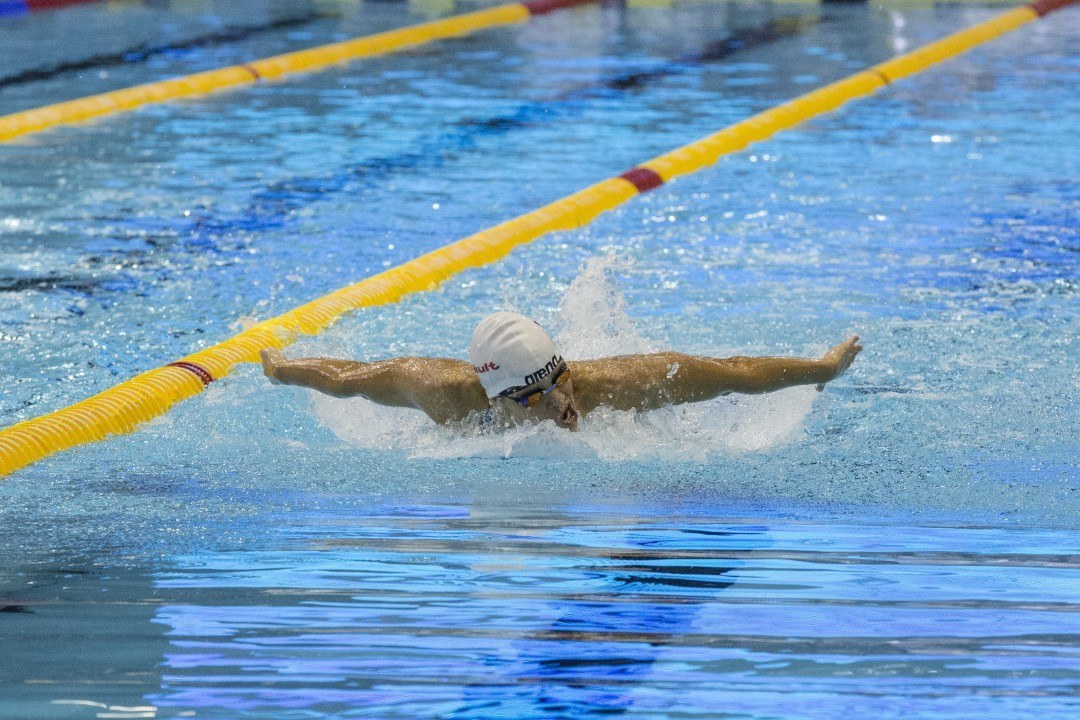 This week, the German Swimming Federation (DSV) declared on their website (dsv.de) the names of the swimmers for the different German squads. Archive photo via Arena International

This week, the German Swimming Federation (DSV) declared on their website (dsv.de) the names of the swimmers for the different German squads.

Some long time national A-Team members are now found in the B-squad, like Dorothea Brandt or Christian Diener, who was the silver medalist in the 200 m backstroke at the 32nd European Championships 2014 – but this competition isn’t a criteria for the 2015/2016 season.

The reason is that the DOSB (German Olympic Sports Federation) has changed the nomination criteria for the German swimmers to make the A squad, which is Germany’s most prestigious and selective team.

The full announcement comes from the German Swimming Federation’s website in September. A quick translation:

There are different squads in Germany:

The major changes concern only the A squad. Belonging to a squad always covers a period of about a year, then the teams will be renamed based on two qualification periods. For the 2015-2016 squads, these periods are from November 24, 2014 to April 12, 2015 and from June 2, 2015 to August 6, 2015. The A-squad has well-defined criteria, which have now been changed: Swimmers must reach a place of 1-8 at World Championships or Olympic Games in an individual event or a relay (this also applies for the athletes who swim in prelims) OR in years without World Championships/Olympics, German swimmers must finish on the podium in a single or relay event.

For the 2014/2015 season, swimmers reached the A-squad with place 1-10 at World Championships or Olympic games or a 1-6 place finish at European Championships.

Belonging to the A squad of course brings more financial support in addition to opportunities to participate in training camps or in international competitions. With the new criteria, for example Dorothea Brandt loses her A-squad status because she finished 10th in the 50 m freestyle in Kazan and Christian Diener 9th in the 200 m backstroke. Swimmers like Hendrik Feldwehr jumped into the A squad with their perfomances in Russia at World Championships because he participated in Kazan in a final – Feldwehr in the 100 m breaststroke.

Here you can find the complete roster:

Well the men’s a team is the best they could get really, but the women’s team is bad.

The fixtures are set for the playoffs to get into the 2016 European Championship in France. The match-ups between the eight teams vying for the four final spots all look pretty even. The highlight is a Nordic “derby.” For the first time since 1984, the Netherlands have failed to qualify for the European Championships. After being defeated by the Czech Republic at home, the football-mad nation’s humiliation was complete.