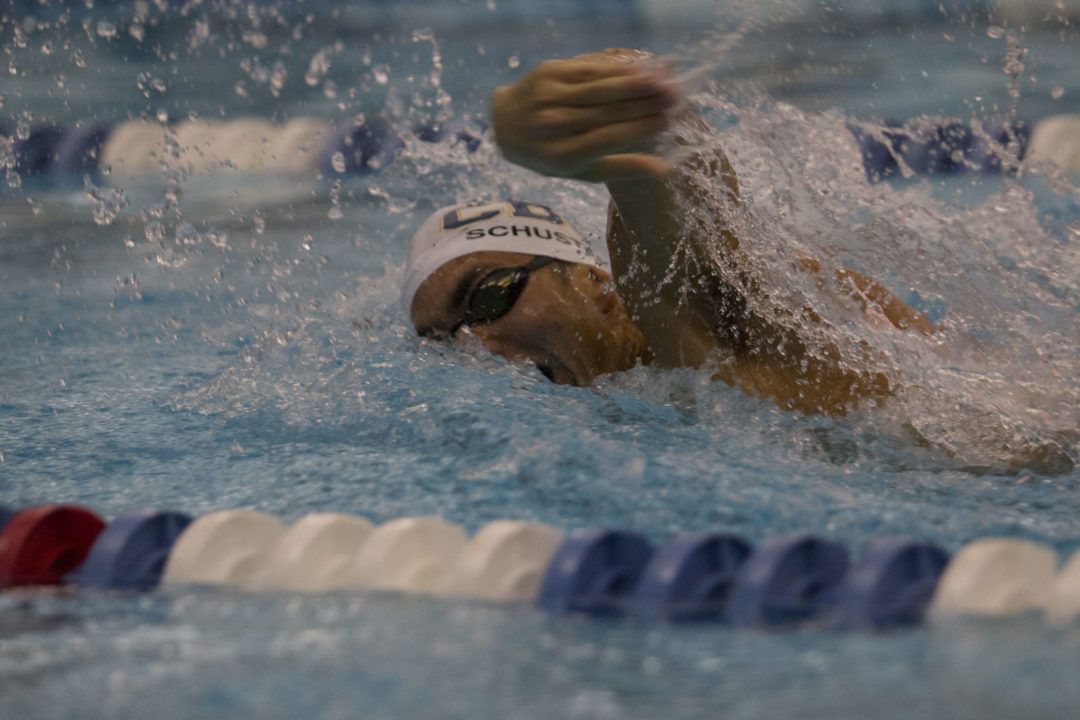 Erin Gallagher and Brandon Schuster were honored by ANOC for their outstanding performances at the respective African Games and Pacific Games. Archive photo via CBU Athletics/Robert Jordan

You can refresh yourself on the overall results from the meet, as well as the swimming overall medal table below.

For her effort, Gallagher was named Best Female Athlete of the African Games by the Association of National Olympic Committees (ANOC) and was honored at a special ceremony in Doha, Qatar on October 17th.

Per the ANOC, the awards were created to thank NOCs and their athletes for their dedication to the Olympic Movement. Athletes, NOCs and International Federations were actively engaged in the ANOC Awards across all social media platforms throughout the evening, as the event illustrated the power of sport to unite different nations and cultures.

As for Gallagher’s recognition, the swimmer stated, “2019 will be one of the most memorable years of my life, beginning with the Rabat 2019 African Games. I never dreamed of winning 10 medals , and it was an experience I’ll cherish forever. Then to be recognised by ANOC is an unbelievable honor. Thank you to all those at ANOC involved in putting together this amazing celebration. I know I’m here receiving this award, but there should be a line of people standing alongside of me because my success doesn’t exist without them.”

Brandon Schuster of Somoa was also recognized as Best Male Athlete of the Pacific Games. The California Baptist University student-athlete racked up 5 top-3 finishes at the Samoa Aquatic Centre.

Schuster said of his award, “Being a member of the most successful Samoan swimming team at the Pacific Games is one of the crowning achievements of my career, and for me to contribute 5 medals while the games were hosted in my home country makes it that much more special. I would like to thank ANOC for gifting me the Best Male Athlete of the Pacific Games award, an honor that goes beyond me and is for the thousands of people from all over the country.”