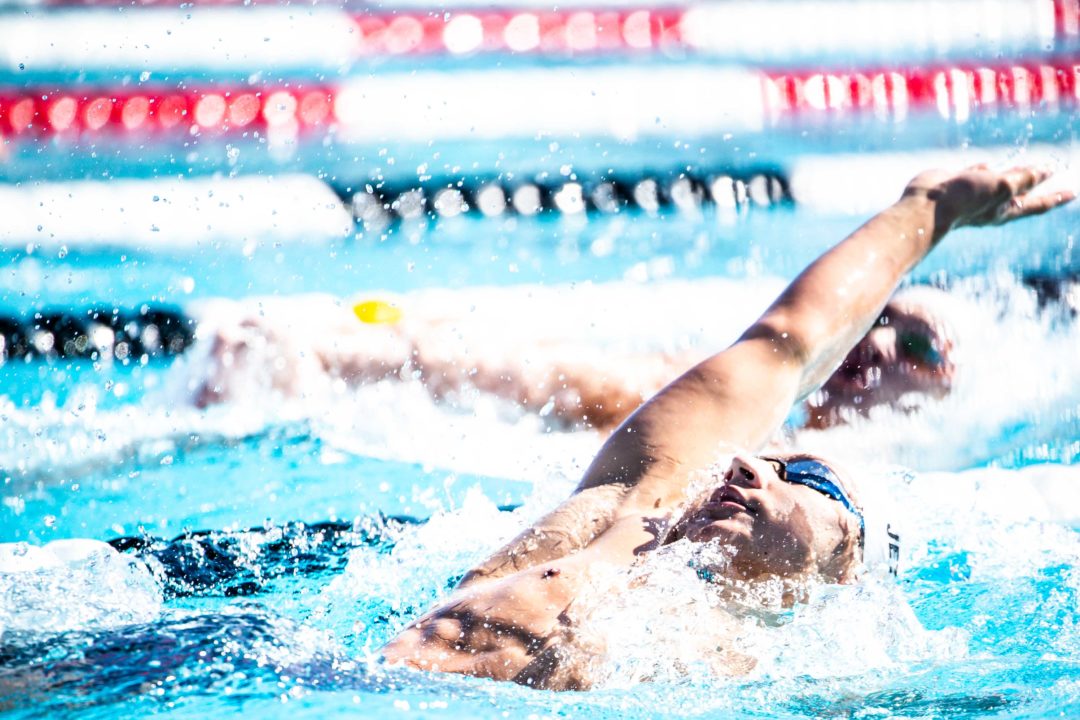 Future Cal Bear Gabriel Jett of Clovis Swim Club topped two events on day two of the 2021 Santa Clarita Futures meet, producing two lifetime bests in the 100 free and 100 back. The women’s 100 back final also featured the top three finishers touching the wall within two one-hundredths of each other.

Into the women’s 100 back, SoCAL’s Margaret McGuire, Reno’s Emma Karam, and Burlingame/Northwestern’s Emma Lepisova finished within two one-hundredths of each other. At the finish, 16-year-old McGuire and 17-year-old Karam tied for the win at 1:04.16, both touching out Lepisova’s 1:04.18