For the Next Few Weeks, Wagner Swimming Fans are Georgia Diving Fans 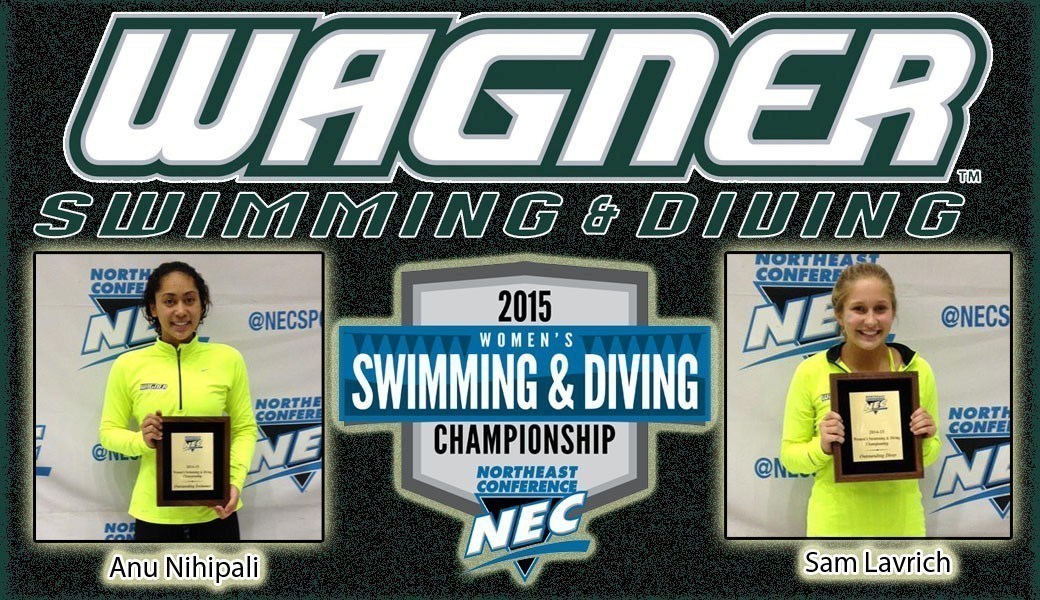 Sophomore Anu Nihipali was the NEC Championship Most Outstanding Swimmer, and now has a serious chance at NCAA qualifying. Archive photo via Wagner College Athletics

Update: with the release of the official psych sheets, here, Nihipali has been called up to the meet. That means Wisconsin’s Maria Carlson is now awaiting the results of Georgia diving to find out if she gets an individual spot.

In 2015, though, the team is on the precipice of history. By our math (which is yet to be verified by the NCAA), Wagner College’s Anu Nihipali is the 1st alternate to the 2015 Women’s NCAA Championship meet, and if there were a single scratch, then she would be pulled up into the meet. At the very least, that would make her the team’s first NCAA qualifier in recent history, more likely “ever”.

This, of course, presumes that the single scratch is made after the cut lines are officially drawn in later this week. If that happens, then Nihipali is called up, regardless of what event that swimmer is scratched out of (her qualifying time of relevance is the 100 back, where she’s been a 52.97).

While scratches happen for many reasons (illness, injury, personal reasons), there’s one huge opportunity for Nihipali to get a spot in the meet. And for that reasons, fans of Wagner College swimming will become fans of Georgia diving for the next two weeks of Zone Championship meets.

The NCAA has a roster limit of 18 swimmers per team for the NCAA Championships, with divers taking up one-half of a roster spot.

The Georgia women, if our math is correct, currently have 18 swimmers qualified for the 2015 NCAA Championships (again, to be verified later this week). Georgia also happens to have the SEC Champion in the women’s 1-meter, Olivia Ball, yet to fight for a spot at the NCAA Championships through the zone qualifying system.

There’s still a lot that needs to happen before Nihipali can start packing her bags, including confirmation of our math, but for now, Nihipali’s chances seem higher than the average alternate.

Very nice story. I hope it happens for her.

I second that, she would have an awesome story to tell for the rest of her life!

Everyone here in Hawaii are proud of Anu.. Just enjoy the ride!