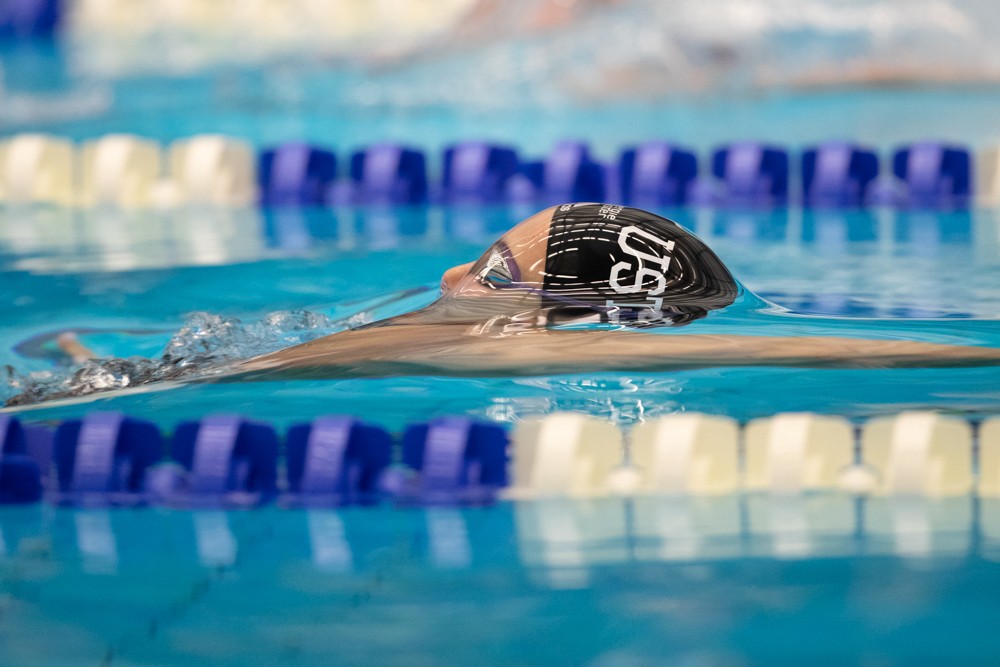 Louise Hansson lead the way in the women's 100 butterfly but that didn't stop Maria Ugolkova from scoring a 57.12 national record for second. Archive photo via “Rafael/Domeyko Photography”

Louise Hansson started things off at the last prelims session at the Berlin stop of the 2021 FINA World Cup. Hansson swam the quickest 100 butterfly of the morning with a 56.29 and was the only woman to clear 57 seconds. That swim is roughly a second off her recent best time of 55.26 which she swam during the ISL’s regular season.

While Hansson was able to lower both the 50 and 100 backstrokes Swedish records on days 1 and 2 of the meet, she’ll have her work cut out for her to crack the 100 fly mark considering it is held by Sarah Sjostrom at a 54.61 (which is also the world record).

Maria Ugolkova followed with a 57.12 for second in the heats which shaved 0.03 seconds off her former Swiss record in the event, while Maggie MacNeil was 3rd in a 57.51. MacNeil will have her sights set on the Canadian record in the event which sits at a 56.15 from Katerine Savard back in 2016.

On the heels of her national record-breaking 100 breaststroke, Israel’s Anastasia Gorbenko broke the NR in the women’s 50 breaststroke with a 30.11. That swim for Gorbenko improves upon her 30.20 from last year.

Sates is fresh off a world junior record-breaking swim in the 200 IM on day 2 of the meet and is just 2 seconds over Kliment Kolesnikov‘s WJR in this event of 1:41.75 from back in 2017.

Sprinter Emma McKeon produced a 52.21 to claim top seed in the women’s 100 freestyle final. That swim for McKeon was just enough to get in ahead of Michelle Coleman‘s 52.71 but we can likely expect her to be faster during finals considering her 51.02 best time and 51.05 season-best.

Coleman was followed by 200 freestyle champion Madi Wilson who delivered a 53.00 for third overall, while Linnea Mack was next in a 53.10.

Arno Kamminga put up a dominant 200 breaststroke performance and is well on his way to pulling off a clean sweep of the breaststroke events. His 2:03.25 200 breast prelim time was more than 5 seconds ahead of Zhier Fan‘s second-place swim.

Kamminga has the potential to extend his lead over the field even more during finals considering his lifetime PB of 2:01.43 from last year (which is less than 1.5 seconds off Kirill Prigoda‘s 2:00.16 world record).

That men’s 200 free looks to be a tantalising final .