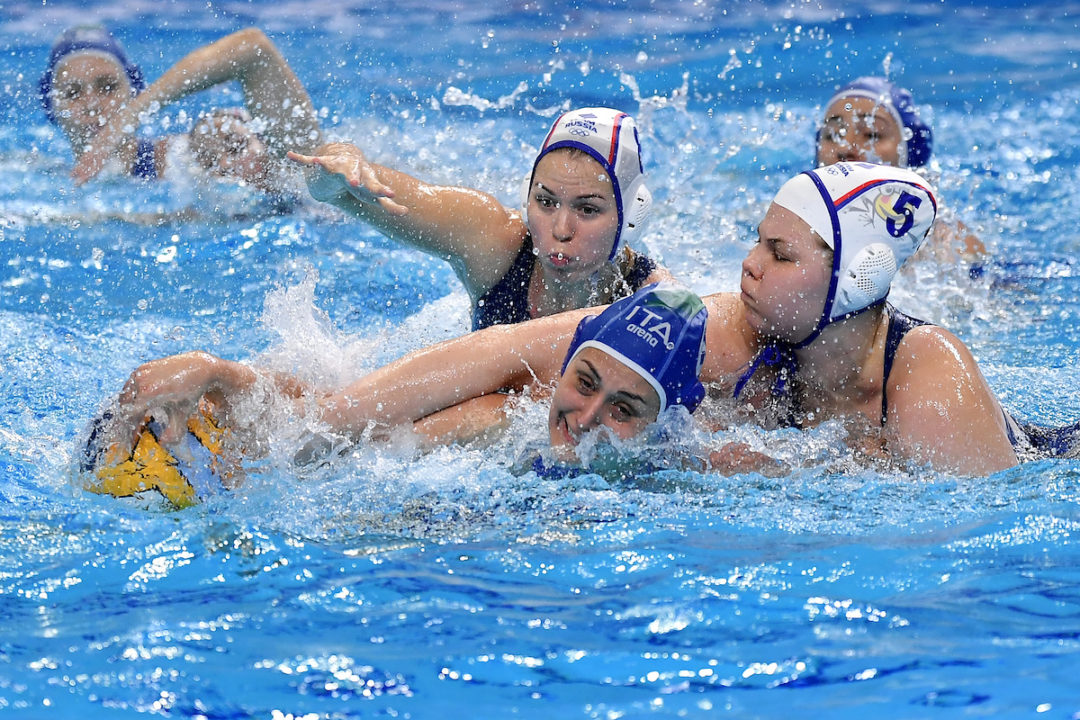 The draw for the 2020 Olympic Water Polo Qualifying Tournament has been decided via a live stream from the FINA headquarters on Tuesday. Archive photo via Andrea Staccioli / Deepbluemedia / Insidefoto

FINA has revealed the draw for the groups of the 2020 Water Polo Olympic Qualification Tournaments, doing so in a live stream on Youtube via the FINA Headquarters in Lausanne, Switzerland.

The groups for the men’s tournament, which will take place March 22-29 in Rotterdam, Netherlands, are as follows:

A total of 12 teams will compete in the men’s tournament in Tokyo, with eight countries already qualified: Australia, Hungary, Italy, Japan, Serbia, South Africa, Spain and the United States. This tournament will determine the final three nations to earn a slot following the Asian specific continental section.

The women’s tournament, held March 8-15 in Trieste, Italy, has the following draw:

The Olympic women’s tournament will feature 10 teams, with the Trieste competition deciding the final two to qualify. Already qualified is Australia, Canada, Japan, Russia, South Africa, Spain and the United States, with an additional spot available at the Asian continental qualification.