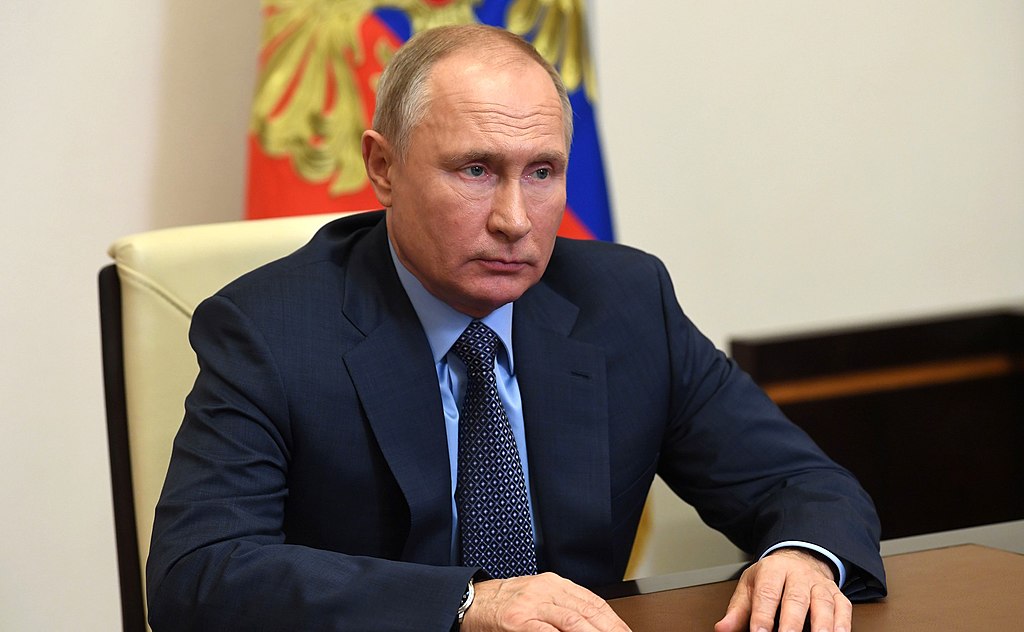 Russian president Vladimir Putin has been honored by FINA. Archive photo via www.kremlin.ru

FINA has subtly answered any questions about a potential change-of-venue for the 2015 World Championships in protest of Russia’s political action in Ukraine on Friday by awarding president Vladimir Putin the FINA Order recognition.

This honorary award is the highest recognition of this type that FINA gives, and “is granted to Heads of States or individuals of high dignity, who have achieved remarkable merit in the world of Aquatics.”

Specifically, FINA says that they are recognizing his “important support in the organisation of major FINA events in Russian soil, thus bringing additional development to the FINA disciplines and providing increased value to Aquatics within the Russian society and worldwide,” according to a press release.

“Russia is undoubtedly one of the most important and major powers in world sport. These achievements are only possible thanks to the active support from the Russian authorities to Aquatics. The personal involvement of President Putin in this area greatly contributes to strengthen the fraternity between nations, improve the lifestyle and education of the youth in Russia and promote a healthier society, in a spirit of peace and friendship”, considered the FINA President during the ceremony.”

Among the swimming-centric criticisms of Russia of late has been a high number of positive doping tests as well, including notably the stripping of 2 World Records after Yulia Efimova tested positive late last year.

I’m surprised the North Korean propaganda machine have not managed to persuade FINA to elect former president Kim Jong-il into the Hall of Fame, after reports from Pyongyang he broke every freestyle world record …. while swimming breaststroke.

The first time ever that I had to check Snopes and the Onion to make sure SwimSwam didn’t get punked, and was sorry to learn that they didn’t.

WOW. New low, even for FINA. While we always knew they sucked, I didn’t realize just how far back in the Dark Ages they were. There needs to be a coup.

let’s build up a pool exclusively for him in the Black sea ; so he can perfect his amazing butterfly kicks …. LOL …

LOL. You know if swimming is a “judge sport” Russia would have won gold medals and dominate the sport. But thank god swimming is not. They are known to bribe judges and officials as simply the only way you can cheat in swimming is doping.

Peter Davis, you must be a Hogwarts alum too! I’m going to make a movement at the next meeting of the International Confederation of Wizards for Putin to be named Supreme Wugwump. Do I have your support?

My grand pappy taught me to never trust a man with two first names. But since you have three….I suppose that Yes, I can support you!