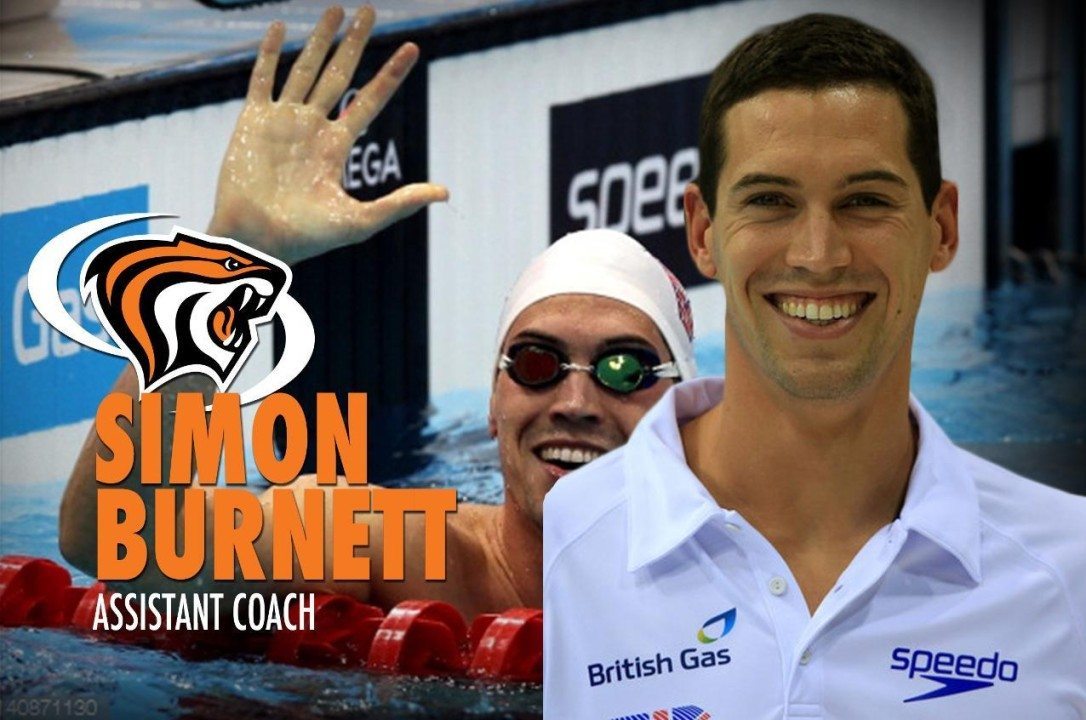 The fastest 200 yard freestyle in swimming history, Simon Burnett, has been hired as an assistant coach by the University of...

The fastest 200 yard freestyle in swimming history, Simon Burnett, has been hired as an assistant coach by the University of the Pacific in Stockton, California, the school announced on Monday. Burnett will serve in his coaching capacity with both the men’s and women’s teams.

Burnett is a three-time Olympian for his native Britain and swam at the University of Arizona from 2003-2006. As a collegiate athlete, he won three individual championships and three relay championships, and swam a legendary pre-polyurethane 1:31.20 that at the time was, and today remains, the fastest 200 yard freestyle in history.

Across the 2004, 2008, and 2012 Olympic Games, Burnett made a total of four Olympic finals individually; he also qualified for six World Championship finals in his career.

Among the swimmers that French-native Margaux Verger-Gourson, who in her two years with the Tigers has already become one of the best swimmers in program history. As a sophomore in 2015, she was the MPSF Conference Champion in the 500 free and 1650 free, and set new conference records in each. She also placed 2nd in the 200 free.

An indicator of just how good her year was, at a mid-season invite, she broke the school record in the 500 free by 9 seconds – and broke the 200 free school record on the first 200 yard split of that race.

Her time earned her an invite to the NCAA Championships in March, and though she wasn’t able to repeat her times from the conference championship meet, she did earn experience that should benefit her going into her junior season.

The Pacific women were 5th out of 7 teams overall at last year’s MPSF Championship meet, and the men’s team placed 5th out of 5 teams.

My sympathies for Simon on having to live in Stockton.

Wow, UOP will have a talented and young coaching staff. Another “mid-major” D1 school that has potential to really shine with a few years of good recruiting.