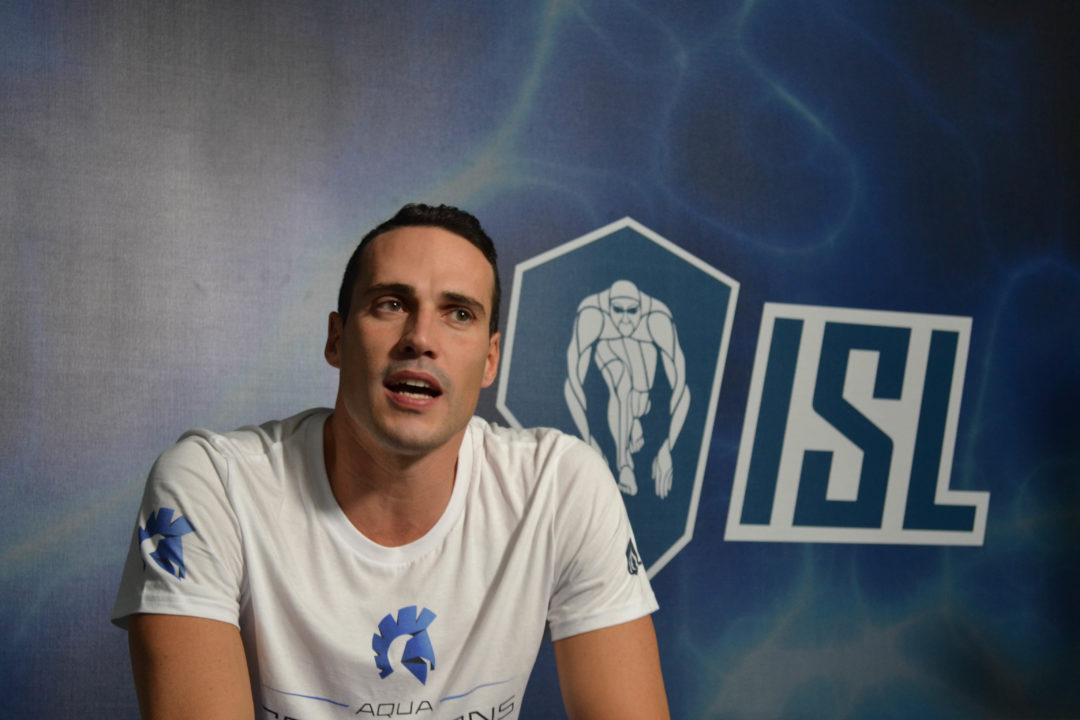 Fabio Scozzoli matched his 50m breaststroke European Record on Day 1 of the ISL European Derby. He explains how he plans to keep swimming fast into his 30's. Archive photo via Giusy Cisale

The ISL has fallen at a time that is usually considered ‘off peak’ for athletes; before any major International meets that fall around the end of the year, and just a couple months after a summer of racing. Scozzoli said that after beginning his taper for European Short Course, which takes place from December 4th-8th, he didn’t expect to swim that fast here.

Tonight he matched his own European SC Record in the 50m breaststroke (25.62 – which he set in 2017). As he heads further into his career, Scozzoli said changing event focus has meant he’s always had an emphasis on increasing speed. For the last two years he has worked on his long course 100m breaststroke so that he could come into this Olympic season confident in his abilities.