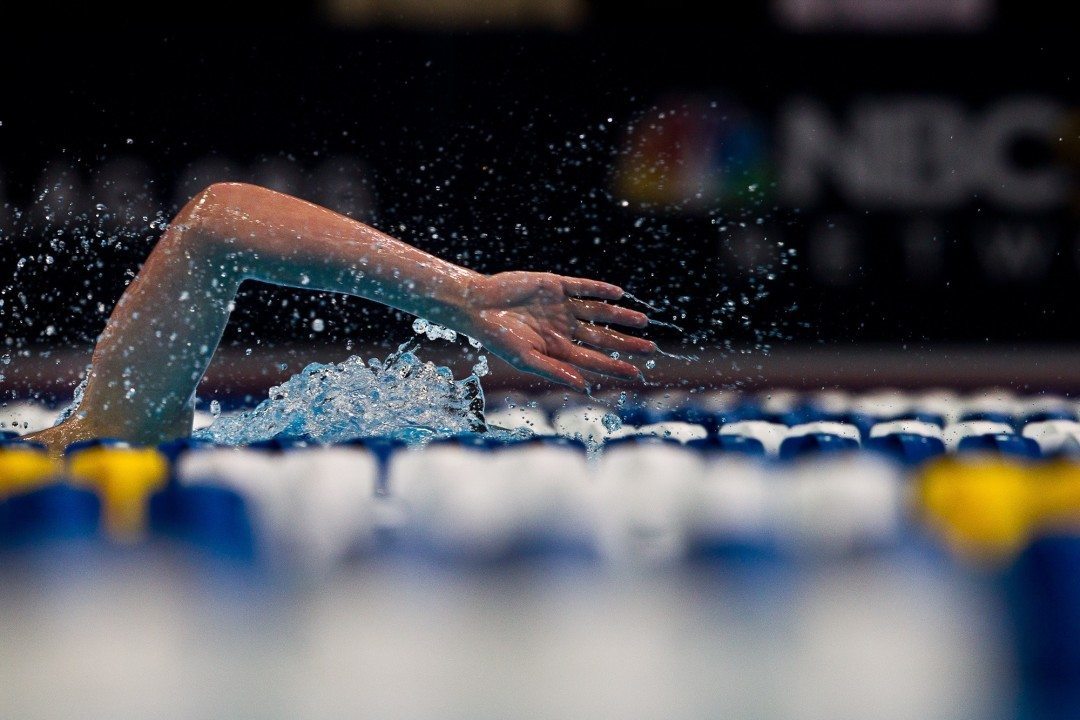 The women's 200 freestyle saw three gold medalists qualify for the top three position in the semi-final... Current photo via StockImages

The women’s 200 freestyle saw three gold medalists qualify for the top three position in the semi-final.

Russian Arina Openysheva, who won the women’s 400 freestyle on Wednesday, was the top qualifier posting a time of 2:02.06.

Holly Hibbott of Great Britain, who collected the gold in the 800 freestyle, recorded the second fastest time of 2:02.24.

Marrit Steenbergen of the Netherlands had the third fastest qualifying time of 2:02.47. Earlier in the meet Steenbergen took the women’s 100 freestyle in a time of 53.97 just missing the junior world record of 53.84 held by Shen Duo of China.

Polina Egorova of Russia, who has already collected gold in the women’s 200 backstroke, was the top qualifier in the women’s 100 butterfly posting a time of 1:00.36. She was followed by Carmen Balbuena Heredia of Spain who recorded a 1:00.89 and Amelia Clynes of Great Britain who hit the wall in a time of 1:00.93.

Pauline Mahieu of France was the top qualifier in the women’s 50 backstroke touching in a time of 28.69. She was followed by Caroline Pilhatsch of Austria who posted a time of 28.80 and Russian Mariia Kameneva who finished in a time of 28.96.

100 backstroke champion Luke Greenbank of Great Britain was the fastest qualifier in the men’s 200 backstroke posting a time of 1:59.06. Greenbank was well off his lifetime best of 1:58.05 which he put up enroute to winning the gold at the European Junior Championships last summer.

Philip Greve of Denmark was the top qualifier in the men’s 50 breaststroke.

Youth Olympic Games champion Croatian Nikola Obrovac qualified with the fourth fastest time of 28.17 while Russian Anton Chupkov qualified for the semi-finals in a time of 28.44.