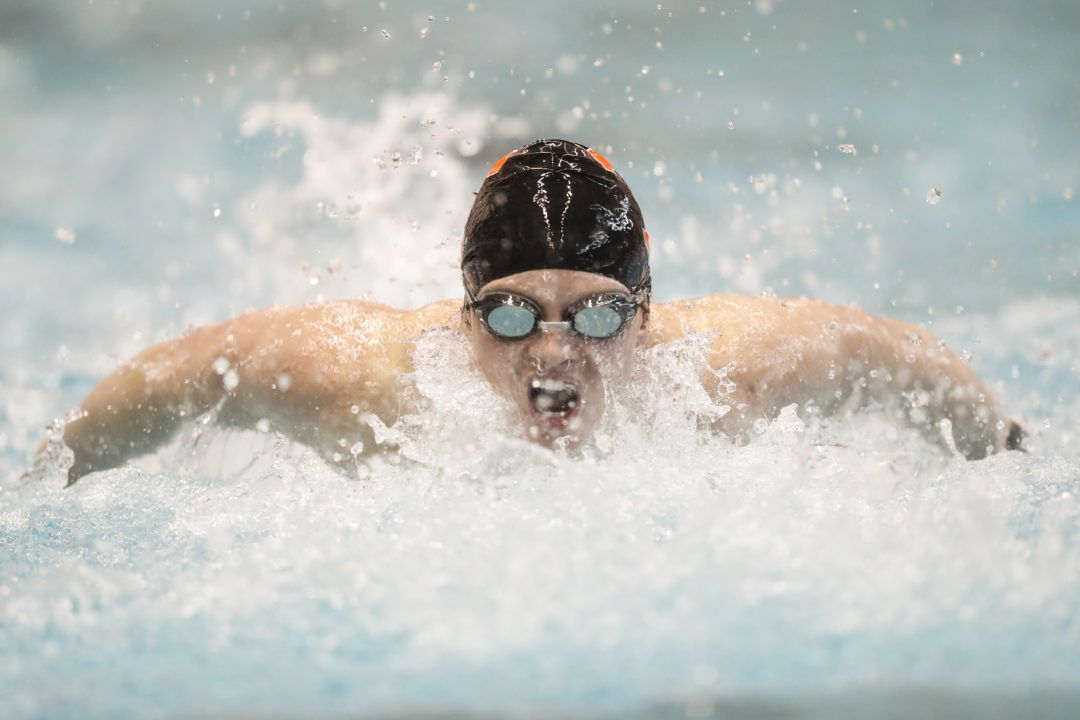 For the 2nd-straight season, Erika Brown has earned the Commissioner's Trophy as the highest-scoring athlete at the SEC Championships. Archive photo via John Golliher/Tennessee Athletics

The Tigers were victorious in 11 of 14 races, including three wins from freshman Ellie Macphail in her Pacific debut.

While neither athlete came away with a team championship, Erika Brown of Tennessee and Robert Howard of Alabama were named the Swimmers of the Meet at the 2019 SEC Championships last week. Both also won the Commissioner’s Trophy as the highest point scorers of the event.

Schultz was part of a combined swimming & diving effort that led to a 2-place Arkansas jump in the SEC team standings this season to finish 8th. She won both the 1-meter and 3-meter springboard events, with the latter being in a fairly-dominant 22-point margin of victory. She didn’t dive platform, but her double title was enough to earn her Diver of the Meet anyway.

Zeng’s meet started out disappointingly when he missed the final of the 1-meter, but as the boards got higher, he got better. Zheng went on to win the 3-meter by almost 40 points, with a new SEC Record of 483.15, and followed that up with a win on the platform.

I’m glad for both of them. They both swam great & had a great meet!!