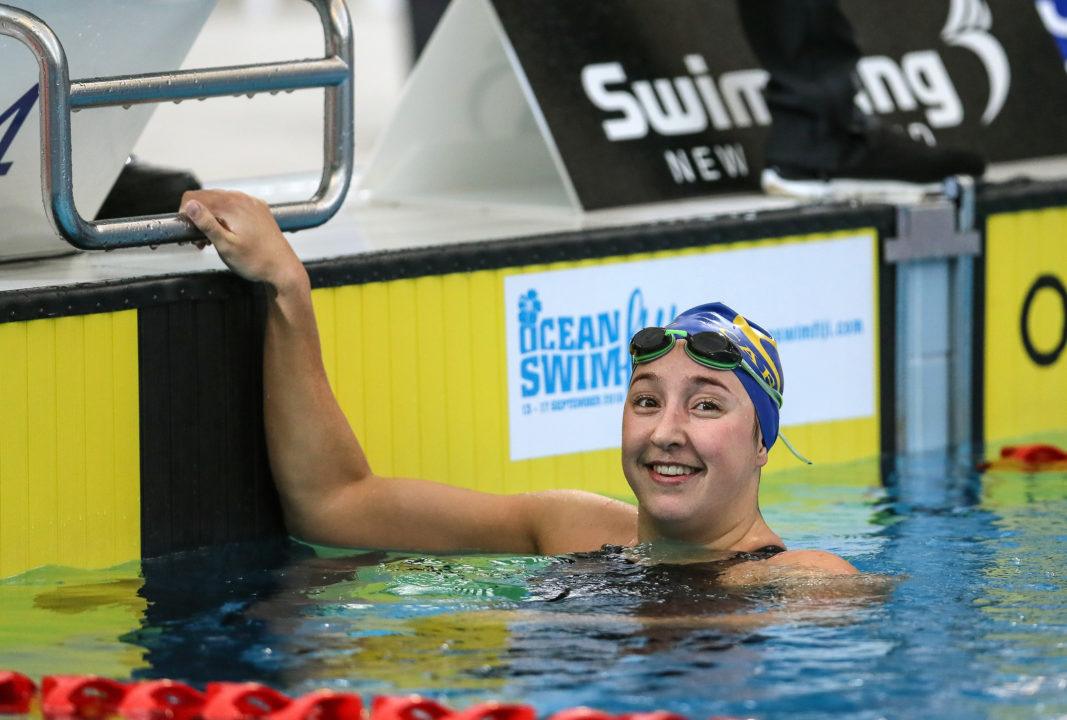 Robison swam well-under the qualifying time for Pan Pacs, even with what she said was a non-tapered race. Current photo via Swimming New Zealand

This is the last opportunities for NZ swimmers to qualify for this summer’s Pan Pac Championships, the country’s primary summer long course competition, and one swimmer stamped her name on the list on the opening night of competition: 23-year old Brisbane-based Emma Robinson.

She won the women’s 800 free in 8:35.00, which was three-and-a-half seconds clear of the requisite standard – without a taper.

“The support from the crowd was just awesome… I had a plan with my coach to not taper for this event, so it was a fine balance to being able to get the time and be ready for Pan Pacs in a few weeks.”