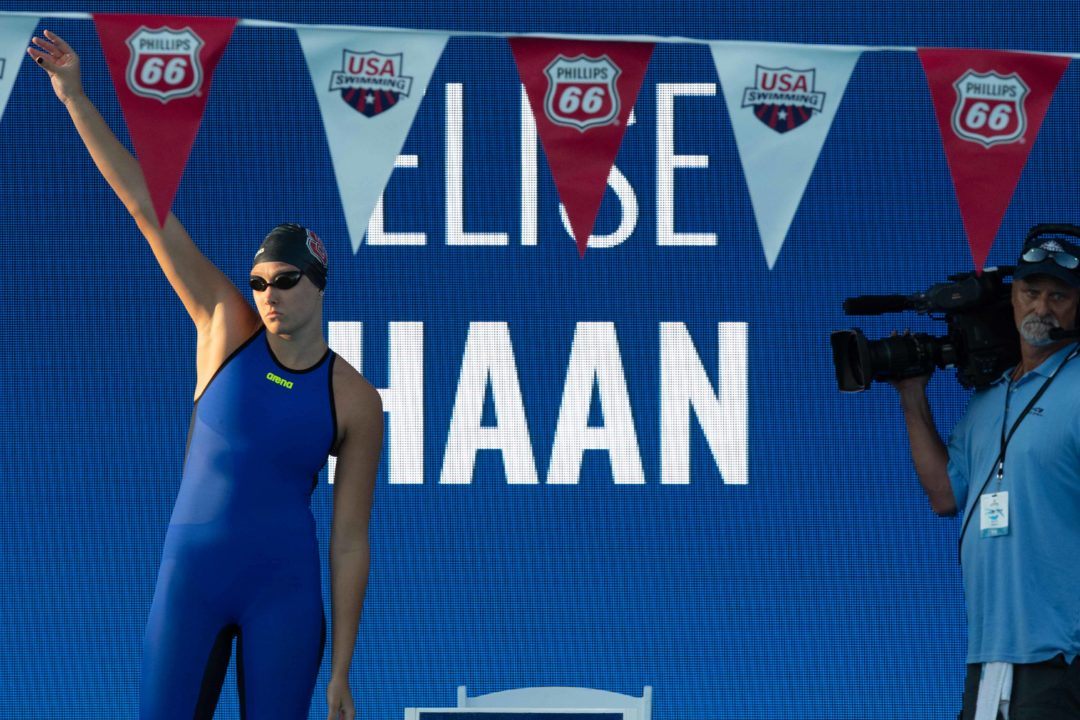 Elise Haan of the Wolfpack lowered her prelim season-best of 51.55 down to 51.24 to win tonight’s women’s 100 back final Current photo via Mike Lewis/Ola Vista Photography

Elise Haan of the Wolfpack lowered her prelim season-best of 51.55 down to 51.24 to win tonight’s women’s 100 back final, moving her past Asia Seidt (51.25) to regain the #2 time in the country (at the time this is being written). Seidt and Taylor Ruck will swim the 100 back soon at the OSU Invite. Prior to this meet, Haan’s previous fastest swim at an invite meet was 51.79.

Her teammate Kylee Alons was less than a tenth off her best time to place 2nd in 52.77, just her second time under 53, and Louisville’s Alina Kendzior was 3rd in 53.07. Kendzior has been 52.35 this season at the SMU Classic. NC State’s Ky-lee Perry lowered her best time for the second time today to place 4th in 53.22.