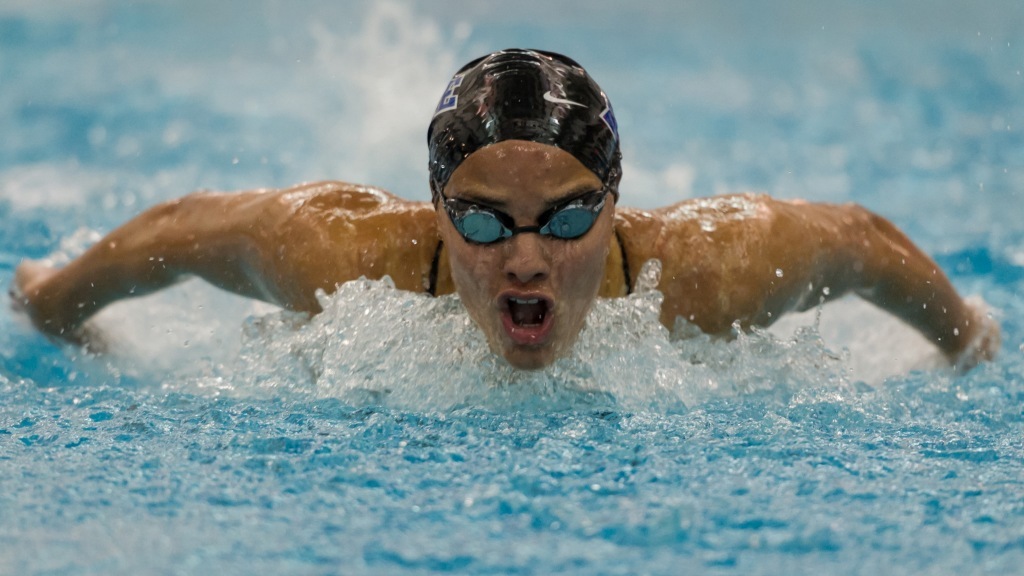 Paez, a 2-time NCAA qualifier, smashed her own Duke school record by over a second and likely secured an invite to the 2018 NCAA meet. Archive photo via Duke

The 2018 Janis Hape Dowd Carolina College Nike Invite continued today with day 3 prelims and finals. Today, the action moved back to UNC’s campus after yesterday’s sessions were held at Duke. Swimmers competed individually in the 200 back, 100 free, 200 breast, 200 fly, and 1650 free. Some teams also opted to compete in the 400 free relay. Read on for a few highlights from tonight’s session and a list of day 3 event winners.

Duke’s Isa Paez put up a highlight swim with her performance in the 200 fly. Paez, a 2-time NCAA qualifier, smashed her own Duke school record by over a second and likely secured an invite to the 2018 NCAA meet. Paez rolled to a 1:54.93 in prelims, erasing her former record of 1:56.04 from the 2015-16 season. She opted out of the final, however, with UNC’s Maddie Baker winning the race in 1:59.18.

After putting up the top time in yesterday’s 100 breast, NC State’s Patrik Schwarzenbach was back in action in the 200 breast prelims. Schwarzenbach turned in a 1:59.79 to lead the way through the heats, but once again opted out of swimming in finals. JHU’s Marcelo Lauzurique came home with the title in 2:02.70.

NC State’s Mason Revis completed the distance sweep tonight. Revis, who won the 500 free with a new best time on night 1, knocked 12 seconds off his mile time, dominating in 15:16.09. UNC’s Erica Wirth also secured the winning distance double as she won the women’s mile. Wirth sealed the deal with a 16:46.00.