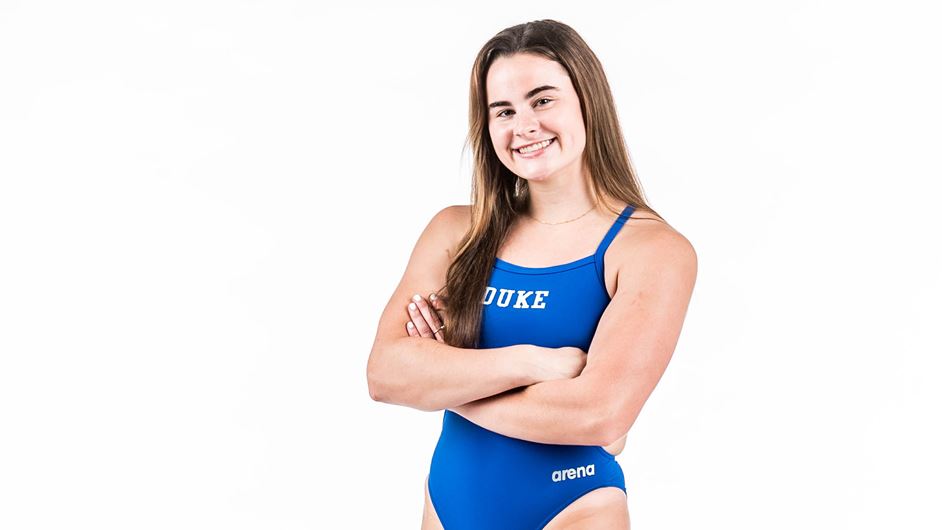 O'Meara put together an impressive performance at the Wolfpack Invitational, winning the 1-meter and 3-meter diving events. Current photo via Duke Athletics

O’Meara, a native of St. Louis, Mo., earned her third conference honor this year and third-consecutive award from the league.

O’Meara put together an impressive performance at the Wolfpack Invitational and left no doubt on the springboards, placing first in both the preliminaries and finals. O’Meara scored 306.00 in the one-meter final and 343.90 in the three-meter final. In platform diving, O’Meara placed second in the finals with a score of 252.35.

No. 22 Duke placed third in the meet with 1,318 points while competing against No. 3 NC State, No. 6 Stanford, No. 18 North Carolina, No. 20 Arizona State, Penn State, Army, George Washington, UNC Wilmington and James Madison.

Duke returns to action following the holiday break as it hosts Tennessee and Queens University of Charlotte on January 8, at Taishoff Aquatics Pavilion.