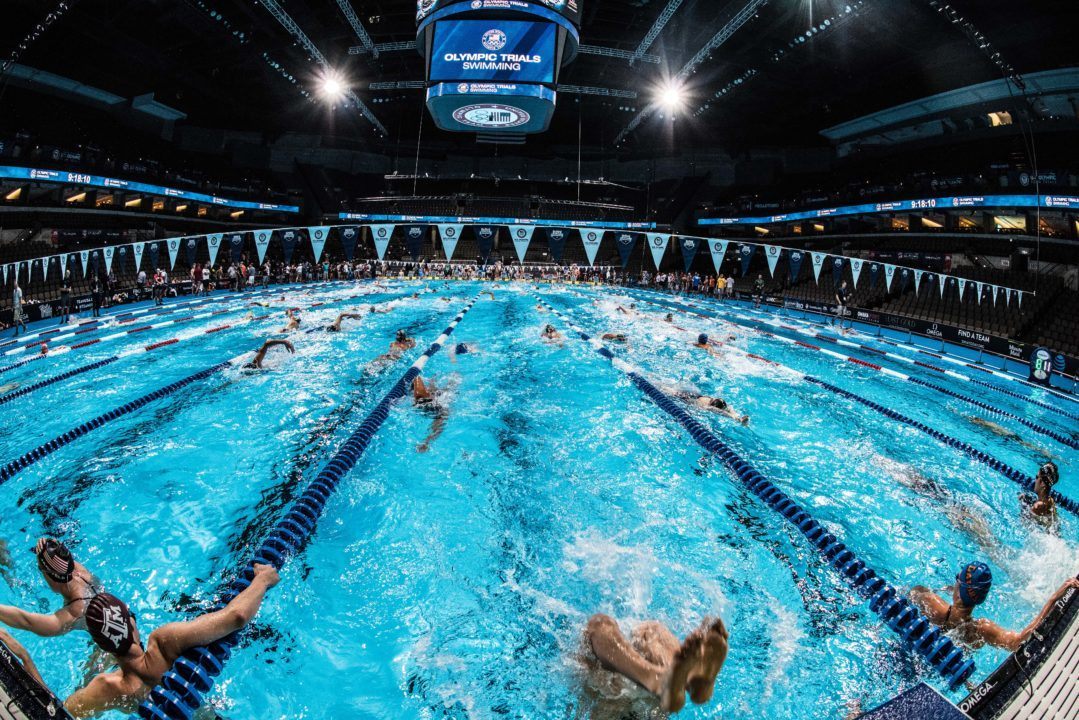 The Arizona Wildcats have picked up some distance talent after FAST Swim Team's Jared Kaskawal has verbally committed to join them in Tucson for the upcoming season. Stock photo via Mike Lewis/Ola Vista Photography

The Arizona Wildcats have picked up some distance talent after FAST Swim Team’s Jared Kaskawal has verbally committed to join them in Tucson for the upcoming season. After spending his freshman year at a community college in California, Kaskawal will head to Arizona as a sophomore, starting this fall.

In terms of conference scoring, Kaskawal’s best time in the 1650, a 15:07.71, would’ve landed him 12th at the 2016 Pac-12 Championships, which gives him the potential to have an immediate impact for the Wildcats.

Kaskawal will join a distance crew at Arizona that includes Ty Fowler, Nick Hogsed, and Chris Wieser. Both Fowler and Wieser qualified for NCAAs last season, and Hogsed just missed the invite cutoff in the 1650. Wieser went on to become and NCAA All-American with his 7th place finish in the 1650 at NCAAs, and finished 4th in the 1500 meter free finals at U.S. Olympic Trials.

Jerad has a wonderful talent to have reached the Olympic Trials in just 6 years of club swimming. Some college said his times could be a fluke…so happy Arizona realized his talent and look forward to watching him reach more goals. Humble and Kin

He decided to do as many others did and use the year to train for the Olympic Trials. He had excellent grades coming out of high school and is a great person.

Solid pick up for Arizona! Any word on why he took a year of community college and how much eligibility he’ll have at Arizona? Gap years for a variety of reasons aren’t all that uncommon, I’m purely just interested.

If I had to guess I would say grades.

I took a gap year in hopes of getting picked up by a school I felt “right in”… I swam club for 2 years before I graduated from high school (2014). I was in contact with other schools but did not feel the connection with the team and staff as I did at the University of Arizona. Another reason I stayed an extra year would be Olympic Trials was around the corner and I was a tad timid to try and change my training styles before Trials (FAST trains 14,000-18,000m a day, primarily LCM is set up 95% of the year). The option for staying home was not cause of grades, it was cause I was new to swimming. I… Read more »

I love that you’re answering Jared. A will be a great site for a bunch of NCAA’s and Tokyo.

I understand completely now that you explain. My apologies. I wish you the best of luck.

Thanks! I wish I would have been picked up out of high school, things work out that way for a reason is what I have learned!

Shouldn’t you have 4 years of eligibility since you haven’t even started it?

You get one year “grace period” so I gray shirted (under 12 credits per semester) first year which means no eligibility used. My timer started 2nd year when I took over 12 credits (enrolled as a full-student).

Thanks for the well-though out reply, I appreciate it. Best of luck at Arizona, Bear Down!!