Despite No New Podiums, Hungary Remains Atop Medals Table Friday 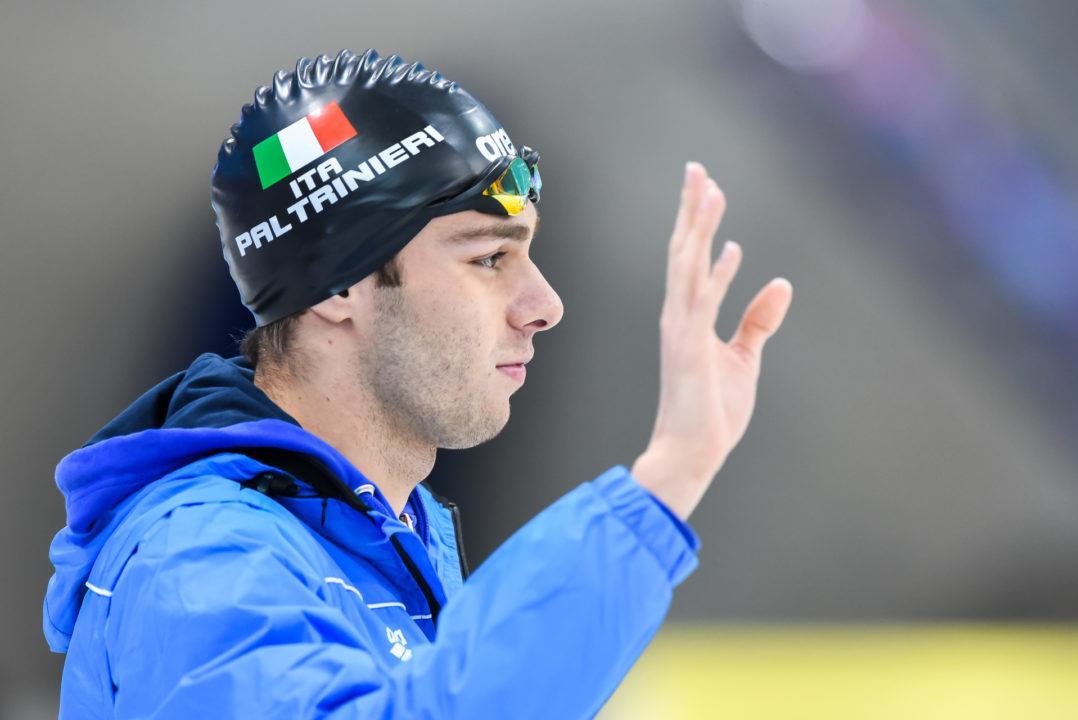 Gregorio Paltrinieri (above) won his 2nd gold medal of the European Championships on Friday, as Italy tried to claw back the Hungarians' medal table lead. Archive photo via Peter Sukenik/www.petersukenik.com

The Italians were the only multiple gold medal winners on day 5 of the 2016 European Aquatics Championships, and with 5 total medals they leapt back into contention to top the overall medals table this week in London.

That still leaves them two golds behind, however, the Hungarians, who had a historic day on Thursday with their biggest-ever one day medal haul, but didn’t earn any new medals on Friday.

Neither country, however, is expected to have the same medal explosion that they’ve had in succession over the last two days.

Great Britain, with 3 golds, 4 silvers, and 6 bronzes, continue to stay with the two leaders in total medal count with 13. Like Hungary, they had no podium appearances on Friday.

In that race, Italy still holds a commanding lead over Hungary, who in turn has snuck 1 point ahead of the hosts from Britain. While Hungary has had bid successes from their two superstars especially, Katinka Hosszu and Laszlo Cseh, they have far fewer overall swims in finals than the Italians and Brits do.