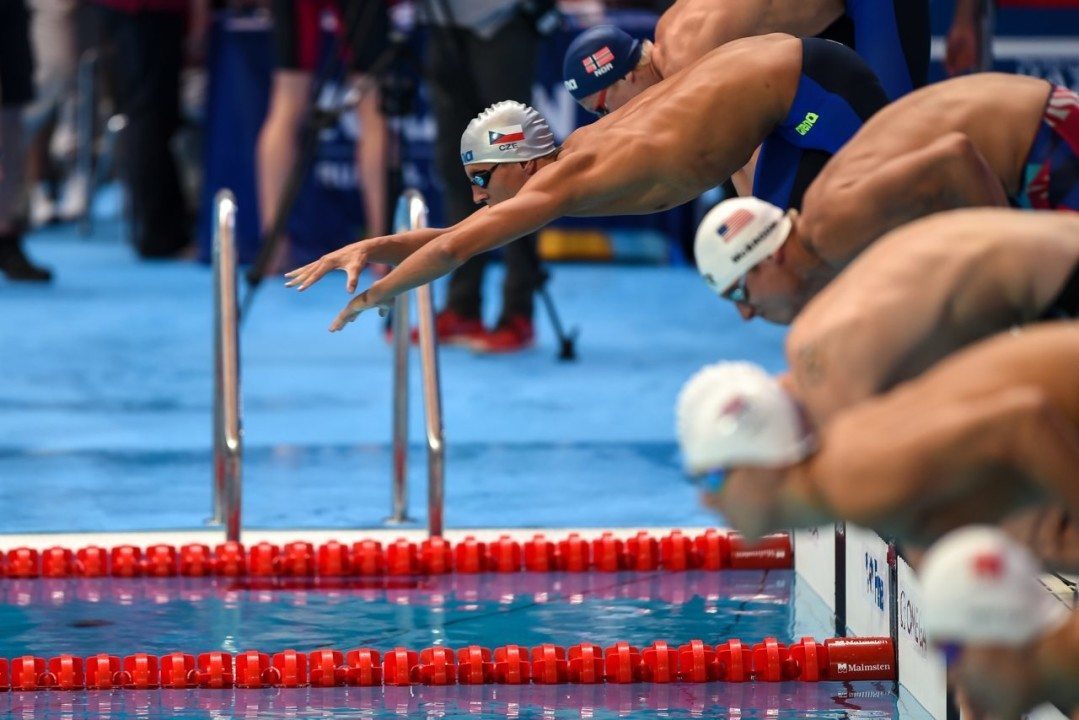 Micka just missed his national record in prelims, going 7:52.76 to qualify 5th for the final. With this swim Micka advances from 31st to 19th on the all-time fastest European list.

Micka split the race almost pretty similarly both times, making his biggest difference on the 6th and 8th 100s to earn the record by nearly two seconds.

The podium of the men’s 800 was the same as the 1500, with the Italian duo of Gregorio Paltrinieri and Gabrielle Detti 1st and 2nd, and Ukraine’s Mykhailo Romanchuk in 3rd. Micka improved from 5th in the 1500 up to 4th.

Micka moves into 6th in the world rankings, with Mack Horton (AUS) and Henrik Christiansen (NOR) the two men ahead of him other than the three who beat him in the final.