Deja Vu All Over Again in Tiburon Mile 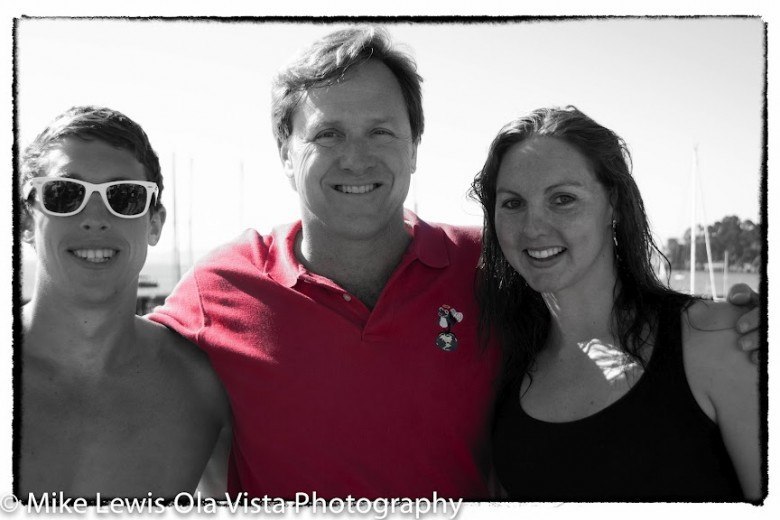 Swim News: "...but there was a point in the race, with 500 meters to go, that Gorman had the lead over the men!" (Photo Credit: Mike Lewis, OlaVistaPhotography.com)

It was yet another remarkable event in the San Francisco Bay as lightning strikes twice for both Kane Radford of New Zealand and Melissa Gorman of Australia as they grabbed the title at the 2012 Tiburon Mile.

The open water race is slightly longer than one nautical mile and begins in the west cove of Angel Island and finished in the harbor of Tiburon.   Each year the athletes have a chance to test the waters the day before and for most of them they thought the conditions were ideal – but the water was still cold in most of their opinions. The race was held a bit earlier than usual this year – in past year’s it’s been later in September or early October – and the some of the athletes thought the water was slightly warmer.

The key in this event is get out strong and hard, hugging the rocks of the cove as they head out into the bay.   Certainly experience plays a big part in this race, but luck is a factor too.  Kane Radford, who’s now won this race three times says he’s gotten wiser, but it’s good fortune that is often the final determinant.

This year’s field featured some very strong athletes, especially a crew of Australians who just came off some dominating swims in Hawaii.   Rhys Mainstone, just off his big win in Waikiki, took the race out hard and lead most of the way – pulling Michael Klueh (USA) and Alex Studzinski (GER) right down the center line of the course.   Kane Radford initally took what seemed like a high line illicting memories of the 2010 swim where he veered off course and right with him was Michael Sheil (AUS).  Cody Grimsey took a high line and was on the more easterly side of the course for the majority of the race.

Whereas in the past the men and women formed slightly different packs, this year Melissa Gorman and Cristine Jennings were in the overall mix for the entirty of the race.   At about three quarters through the race Gorman slide over to Radford’s line and the two pounded the pace to the finish.   There was actually a point in the race with about 500 meters to go that Gorman had the lead for a bit.   When they came around the final buoys into the Tiburon Harbor it was clear that Radford was in firm control.

If you are looking for a fun race for 2013 Bob Placak and his crew never let us down.   Make sure to check the date for the 2013 event and get your entries in for this one of a kind race.

good catch “K” – that will teach me not to try type in the back seat of a car (at least I wasn’t trying to drive too). Keep lovin’ this sport!

Love the sport and the site! Keep up the great work.

Congrats to Melissa Gorman who is managing to earn a nice re imburement by of all things -winning! She is not waiting for some handout.

I do my bit for Australian swimmers with the right attitude by buying swimwear from her sponsor Aquadiva. Thy are a little more expensive but I am happy to help.